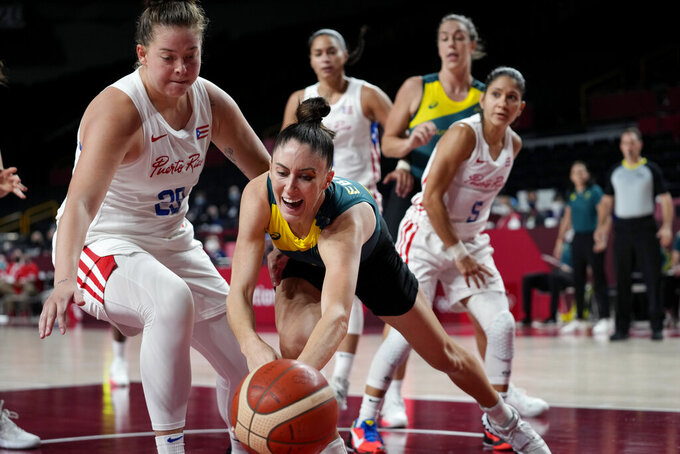 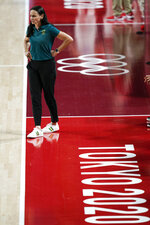 SAITAMA, Japan (AP) — The Australia Opals didn't get anywhere close to the start they wanted. They made up for it by how they finished with the big margin of victory needed to stick around the Olympics.

Marianna Tolo scored 26 points and grabbed 17 rebounds as Australia beat Puerto Rico 95-69 Monday night to advance to the quarterfinals of the women's tournament.

Australia will play the United States in the quarterfinals on Wednesday.

The world's second-ranked team came in needing to beat Puerto Rico by at least 24 points to advance with another tiebreaker. Anything less would send the Opals home with Canada advancing to the quarterfinals. FanDuel set a line favoring Australia by 36.

“It doesn't happen very often does it in our situation?" said Brondello, also head coach of the WNBA's Phoenix Mercury.

She tried to get Australia to break the game into quarters and focus on smaller goals like trying to get three consecutive stops twice in each quarter. The Opals won by enough to end Canada's stay before the knockout round, though they needed a 10-0 run over the final 2:19 to clinch and start a celebration.

“The way we finished the game that's the brand of basketball that we're known for and that's what we're going to take into the (quarter)finals,” Australia forward Cayla George said.

Australia played without Liz Cambage, who withdrew before the Tokyo Games, and Stephanie Talbot, who plays with the WNBA's Seattle Storm. She missed the Olympic opener with an injured foot, played the first half of a loss to China but stayed on the bench for the second half.

Then the Opals dominated the third, outscoring Puerto Rico 23-8 in the quarter for a 68-52 lead.