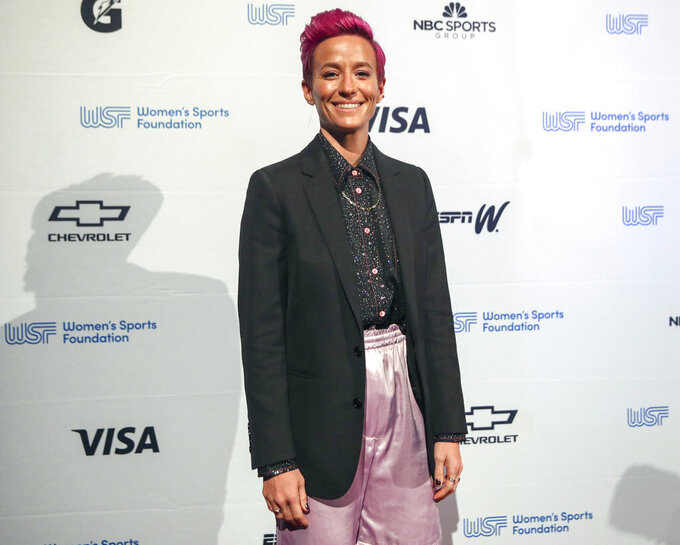 NEW YORK (AP) — Megan Rapinoe is such a fan of #MeToo pioneer Tarana Burke that the soccer star chose Burke's upcoming memoir, “Unbound,” for her new book club before she had even read it.

“She is such an incredible person and whatever it is she's writing will be worth everyone reading,” Rapinoe said during a recent telephone interview.

Rapinoe is still recovering from the summer Olympics in Tokyo, where the U.S. women's soccer team received a bronze medal, and understandably has had little time or energy for reading. She says she has made several choices for her online book club, sponsored by Literati, a subscription book company that also has teamed with Roxane Gay and Steph Curry among others.

Rapinoe declined to name any other selections, some of which she has read, but said all have similar themes of equality and social justice.

“This allows people to take a more in-depth journey, whether through sexuality or racism or white privilege, or whatever it is,” she says. “And I don't have the answers. I'm not a finished product. I'll be getting right in the mix with everyone else.”

Literati announced Monday that Rapinoe's club will be called “The Call In." Burke's memoir comes out Sept. 14 and book club members will receive a copy Sept. 1.