Norway ski body says Russians not welcome to compete there 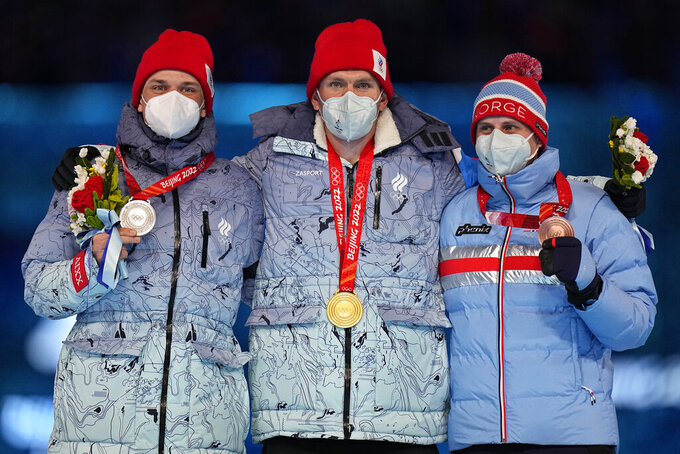 GENEVA (AP) — Russian skiers are not welcome to compete in Norway because of “violations of international law and attacks on the Ukrainian people,” the Nordic country's ski federation said Saturday.

The Norwegian plea was also made days before Kvitfjell and Oslo host World Cup races in Alpine and cross-country skiing next weekend and while the country co-hosts the junior world championships in Nordic ski disciplines.

“The Norwegian Ski Federation’s message to Russia and Russian athletes is crystal clear; We do not want your participation!” it said in a statement.

“Sport is not detached from this and cannot remain passive to what is happening now,” the statement said, promising to lobby the sport’s world governing body.

On Friday, FIS pulled its remaining World Cup events this season from Russia but later allowed Russians to carry on competing.

“The athletes will continue to compete under their name and the country of Russia, albeit the FIS flag and FIS anthem will be used in all official capacities, including ceremonies,” the Switzerland-based ski body said.

A ban on using Russia’s flag and anthem was urged Friday by the International Olympic Committee, which also asked sports bodies to move or cancel events scheduled in Russia.