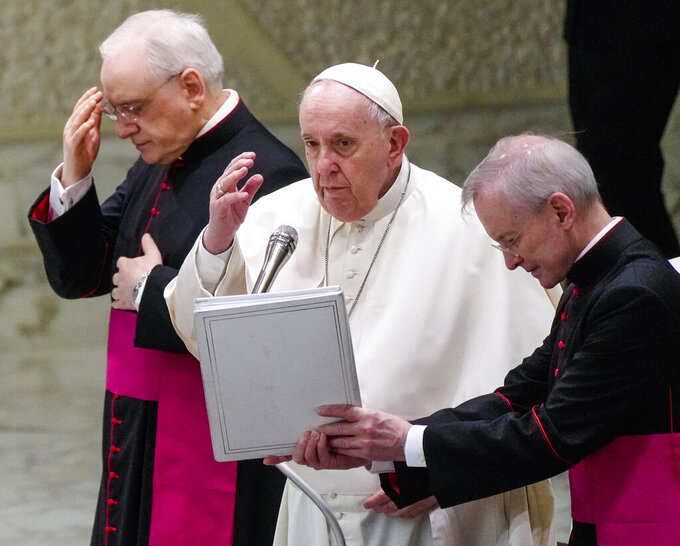 Francis told his weekly general audience ahead of the Winter Games that sports can create “bridges of friendship and solidarity” and that the “true gold medal” is one of solidarity among people of different nations, cultures and faiths.

“We will win the most important medal together if the example of athletes with disabilities helps everyone to overcome prejudices and fears and makes our community more welcoming and inclusive,” he said.

And he offered a special greeting to refugee athletes, saying he was particularly touched by their personal stories.

“May their testimony help to encourage civil societies to open up with ever greater trust to all, leaving no one behind,” Francis said.

Francis, a lifelong soccer fan, has long preached about the need to integrate migrants into society, and the benefit of sports for young people. Inspired by his priorities, the Vatican has fielded sporting teams that include migrants and people with disabilities, most recently in a charity soccer match that also featured members of the Roma community alongside Swiss Guards.