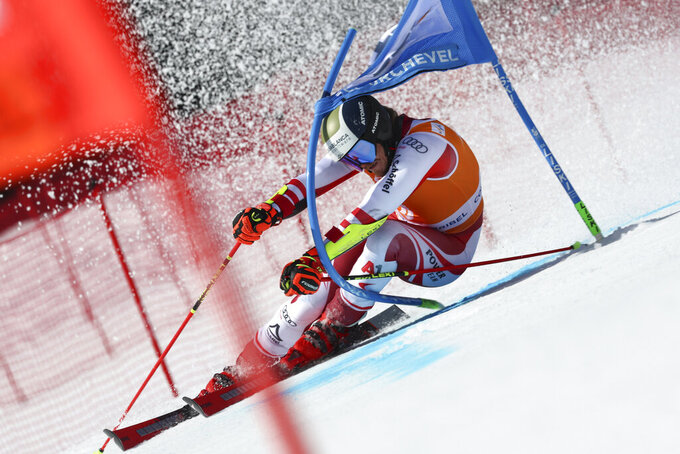 The new World Cup overall champion retained his first-run lead in a giant slalom to win in his favored discipline at the World Cup Finals meeting at Méribel.

The 24-year-old Swiss star ended 0.49 seconds ahead of Lucas Braathen in the sunshine and softening snow that made it tough for the late starters to find speed. Loïc Meillard was third, 0.63 back.

Odermatt had long ago secured the season-long giant slalom title and was awarded the crystal trophy after his 11th career World Cup win.

“To have those emotions right up to the finish line and now holding this globe is unbelievable,” he said.

Odermatt will be presented with the giant crystal globe as overall champion on Sunday after the season-ending slalom, which he does not race.