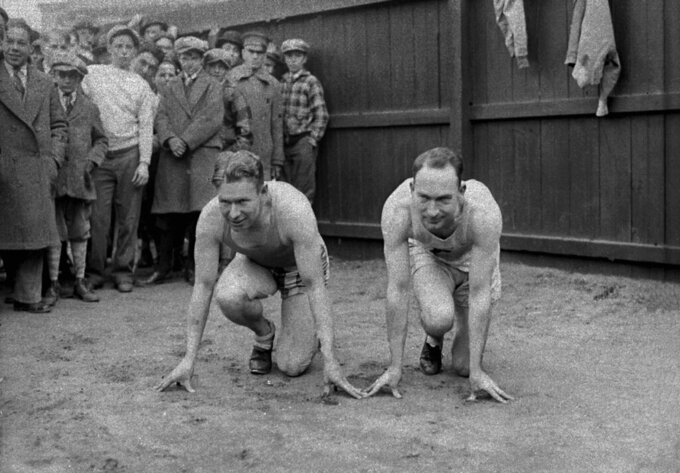 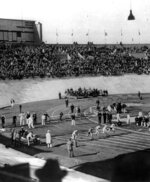 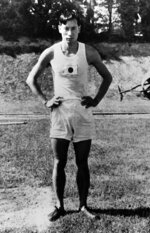 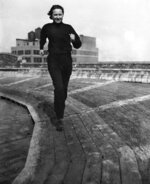 EDITORS — With the Tokyo Olympics postponed for a year because of the coronavirus pandemic, The Associated Press is looking back at the history of Summer Games. Here are some of the highlights of the 1928 Games in Amsterdam, the first time women were allowed to compete in gymnastics and athletics at an Olympics.

Simone Biles, Mary Lou Retton and Nadia Comaneci in gymnastics, Allyson Felix, Florence Griffith-Joyner and Wilma Rudolph in track and field — all Olympic superstars. Until the 1928 Amsterdam Games, though, they wouldn't have been allowed to compete.

Female athletes joined the Olympic program in certain sports, such as tennis and golf, in 1900, and they were awarded medals in swimming in 1912, but it wasn't until nearly three decades later that they could participate in what have become marquee events.

Even with women added to the fields for athletics and gymnastics, the numbers of total competitors in Amsterdam were skewed: fewer than 300 women were there, with more than 2,500 men.

At each of the past two Summer Games, London 2012 and Rio de Janeiro 2016, U.S. women collected more medals than the country's men did.

One of the revelations of the Amsterdam Olympics was Elizabeth Robinson, a 16-year-old American who won the first women's track gold medal in history by finishing ahead of two Canadians and German while running the 100 meters in world-record time.

Robinson also added a silver in the 400-meter relay.

The story goes that she was “discovered” by a high school teacher who saw her running to catch a train. The Olympic dash was only the fourth official race of her career.

“Sometimes I think about how lucky I was that he saw me that day,” Robinson was quoted as saying in a 1992 story by The Associated Press.

Back in 1928, even as women were making their Olympic debut at the track, they did not have full support.

During the Amsterdam Games, according to an AP story from August 1928, track and field’s governing body rejected a proposal to add events for women and decided to eliminate the 800 meters after one try. That distance wouldn't return to the Olympic schedule for women until 1960.

A measure about whether to keep women's track and field in the Olympics at all passed 16-6 — with Canada, England, Finland, Hungary, Ireland and Italy voting against.

Robinson was badly injured in a plane crash in June 1931, when she “suffered injuries that were at first believed fatal," according to an AP account at the time, which listed “fractures of her left leg, left arm, right hip and possibly a skull fracture.” But she would work her way back to the Olympics in 1936, taking home a gold in the 400-meter relay. Robinson died in 1999.

Another teen sprinter, Percy Williams of Canada, “sprang from obscurity to fame,” according to an AP story at the time, and became the first athlete not from the United States to grab golds in the men's 100-200 sprint double. No one from the U.S. took a medal in either race.

Mikio Oda's gold medal for Japan in the men's triple jump made him the first Olympic champion from an Asian country. ... Hungary's title in team sabre fencing would become the first of seven golds in a row in that event. ... India won the men's field hockey event, starting a run of six consecutive golds.

The Amsterdam Games were the first at which the Olympic flame was kept lit in a cauldron throughout the competition — a tradition that has stuck around until now. Another first that is still part of the pomp and circumstance: Greece, home to the Olympics, was given the honor of leading the parade of nations at the opening ceremony, while the host country was the last to enter the stadium.