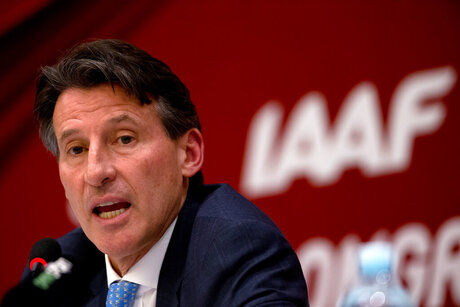 By: NESHA STARCEVIC (AP)
FRANKFURT, GermanyCopyright 2020 The Associated Press. All rights reserved. This material may not be published, broadcast, rewritten or redistributed.
50.11558.68417

FRANKFURT, Germany (AP) — Adidas, a major sponsor of global athletics, is in "close contact" with track and field's governing body, the IAAF, about the sport's doping and corruption scandals, the sportswear company said Monday, amid reports it is considering ending its sponsorship.

The Germany-based company said that "Adidas has a clear anti-doping policy in place" and added that "we are in close contact with the IAAF to learn more about their reform process."

The IAAF too said is in contact with "all its sponsors and partners as we embark on our reform process."

A BBC report said Adidas had told the IAAF it was terminating its sponsorship deal four years early because of the doping affair involving Russian athletics and accusations of deeply rooted corruption under the IAAF's previous leadership.

Earlier this month, a World Anti-Doping Agency probe said the IAAF was corrupted from the inside by a "powerful rogue group" led by its president, and they conspired to extort athletes and allow doping Russians to continue competing.

Other IAAF leaders were at fault, too, the WADA panel's damning report said. They must have known of the nepotism that allowed Lamine Diack to turn the International Association of Athletics Federations into a personal fiefdom during his 16-year reign as president, it said.

"It is increasingly clear that far more IAAF staff knew about the problems than has currently been acknowledged," said the report, written by former WADA president Dick Pound and presented at a news conference in Munich.

A key question raised by the report is whether alleged corruption under Diack went beyond extorting doped athletes and infected other areas of IAAF business.

WADA's investigators called for a detailed follow-up probe of all world championships awarded by the ruling body for 2009-19, due to evidence they found of possible wrongdoing. That included an indication that Diack, a former IOC member, was prepared to sell his vote in the 2020 Olympic hosting contest won by Tokyo in exchange for sponsorship of IAAF events.

"The corruption was embedded in the organization. It cannot be ignored or dismissed as attributable to the odd renegade acting on its own," the report said.

Diack was taken into custody by French authorities in November on corruption and money-laundering charges. He is suspected of taking more than 1 million euros ($1.1 million) to blackmail athletes and cover up positive tests.

Sebastian Coe, the British middle-distance running great who took over from Diack in August, is not accused of corrupt wrongdoing. But he was a member of the IAAF's Council, its oversight body, that "could not have been unaware of the extent of doping."

The WADA report came two days after the Associated Press released details from six years of IAAF internal emails, reports and notes showing a high level of communication between the athletics federation and Russian officials about suspicious test results from the nation's athletes, including plans to cover up some doping evidence.