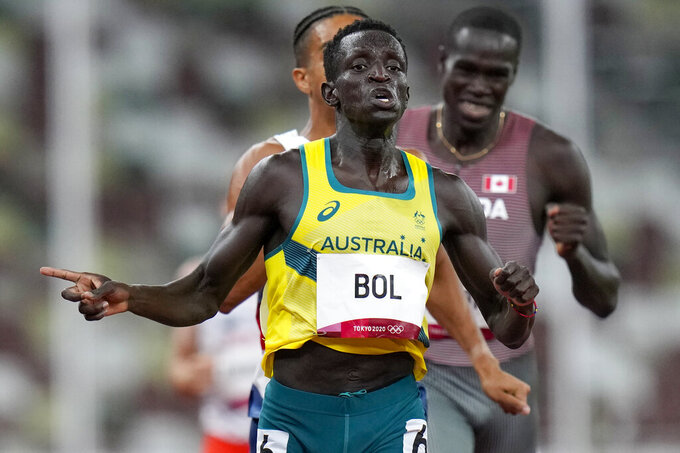 “I am innocent and have not taken this substance as I am accused,” Bol said on Twitter.

Bol said his career hinged on the result of a B sample from the October test which would be known next month.

“There are procedural fairness and investigative considerations . . . at this point it would be inappropriate for Athletics Australia or anyone else to speculate about the specific details or pre-empt any outcome,” Bromley said in a statement.

Bol, who emigrated to Australia from Sudan with his family when he was eight years old, competed at the 2016 Rio Olympics and the Tokyo Olympics in 2021, when he placed fourth in the 800-meter final.

In Tokyo, Bol broke the Australian 800-meter record. He lowered that mark at a Paris Diamond League meet in June of last year before claiming Commonwealth Games silver in Birmingham, England, in August.