Coe sees track and field healthy ahead of Olympic program 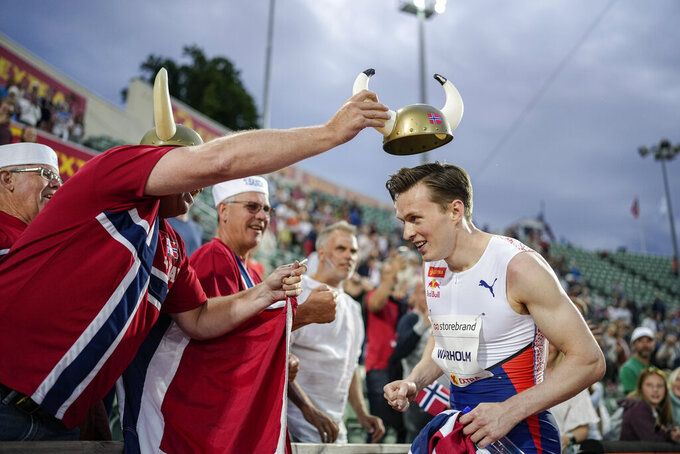 TOKYO (AP) — With no Usain Bolt on the track and no fans in the stadium, Sebastian Coe still believes his sport is in good shape heading into the track and field program at the Tokyo Olympics.

A potential superstar in the pole vault along with world record threats in both 400-meter hurdles races were cited Tuesday as likely highlights by the upbeat president of World Athletics.

“What does the sport look like post-Usain Bolt? Well, it looks healthy,” Coe said three days before track events start at the National Stadium.

For that, Coe offered “a heartfelt thank you” to the athletes after a 2020 season almost entirely lost because of the coronavirus pandemic.

“They have shown buckets of resilience and fortitude. They have battled through with humor and honor,” the two-time Olympic 1,500-meter champion said. “Under very straitened circumstances — which is what these Games are — we will have, I think, an outstanding track and field championships.”

Five years ago in Rio de Janeiro, Bolt said farewell to the Olympics with a third straight sweep of the 100, 200 and 4x100-meter relay titles for Jamaica.

Coe was among the few people in the stadium in Rome last September to see Duplantis clear 6.15 meters in the pole vault, the highest ever outdoors. The 21-year-old Swede, who is based in the United States, also set the world record of 6.18 meters last year during the indoor season.

The challenge in Tokyo, Coe said, is “to dig deep again and remember what it was that allowed them to perform as well as they did without the stimuli of fans in the stadium.”

Coe pointed to “sumptuous” rivalries — such as Warholm with Rai Benjamin, or Sydney McLaughlin with Dalilah Muhammad in the women's race. At the U.S. Olympic trials last month, McLaughlin set a record of 51.90 to beat the mark set by Muhammad at the 2019 world championships.

Also competing in Tokyo will be a limited team of 10 athletes representing “ROC”, the Russian Olympic Committee.

“They are not Russian athletes, they are neutral athletes,” Coe insisted.

Missing from the Tokyo lineup are 2019 world champions Christian Coleman of the United States in the men’s 100 and Salwa Eid Naser of Bahrain in the women’s 400. They have been banned for missed tests or failure to update their anti-doping details.

Coe defended the whereabouts rules as “really a big plank of giving confidence to clean athletes. There’s no complexity in this.”

And although the National Stadium in Tokyo will be empty for nine days at the Tokyo Olympics, maybe its 68,000 seats will be filled at a future world championships.

In a message to Japan, Coe said: “We want you to stage our events.”