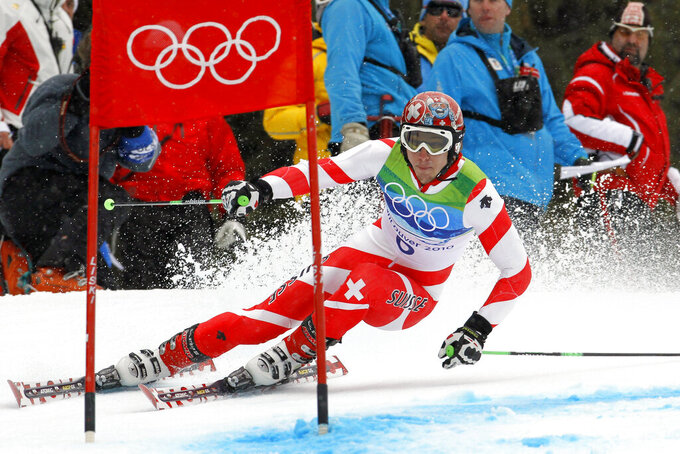 FILE - Switzerland's Carlo Janka races on his way to clinch the gold medal in the Men's giant slalom, at the Vancouver 2010 Olympics in Whistler, British Columbia, Canada, on Feb. 23, 2010. Once crowned the world's best all-around men's Alpine skier, Swiss racer Carlo Janka ended his racing career Thursday at his home country's most storied venue. Janka's career peaked in 2010 when he was the overall World Cup champion, gold medalist in giant slalom at the Vancouver Olympics and winner of the Lauberhorn downhill at Wengen that is mythic in Switzerland's sports history. (AP Photo/Luca Bruno, File) 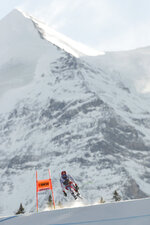 Janka’s career peaked in 2010 when he was the overall World Cup champion in a stacked lineup that included Bode Miller, Aksel Lund Svindal, Ivica Kostelic and Marcel Hirscher.

He was also the gold medalist in giant slalom at the 2010 Vancouver Olympics and winner of that year's Lauberhorn downhill at Wengen that is mythic in Switzerland’s sports history.

Janka's stellar season was announced in December 2009 at Beaver Creek, Colorado, by a stunning sweep of all three World Cup races there in downhill, combined and giant slalom.

“It was pretty easy at this time,” the 35-year-old Janka said on Thursday, adding he did not look back with regret on the past decade when injuries stalled his career.

“I am happy that I have these three, four very good years at the beginning. The rest was a little bit of a fight, but no regrets at all.”

Janka has returned to Wengen this week to overcome chronic back pains and compete in his first World Cup races this season, which will also be his last.

He completed training runs to be eligible for downhills on Friday and Saturday which will mark the end of a career that included 11 World Cup race wins, that Olympic title, and a gold medal at the 2009 world championships, also in giant slalom.

Janka was nicknamed “Iceman” by teammates for his low-key personality and typically calm post-race celebrations.

After his 2010 victory at Wengen, Janka was teased at the post-race news conference by third-placed Marco Büchel who said his friend and rival's most impressive feat was "winning and you don’t freak out in the finish area.”

Janka was naturally shy, and in interviews could be as excited talking about his love of soccer club Manchester United as his skiing.

His career has stopped three weeks before he hoped to race at his fourth Winter Games.

Janka's last World Cup win was in 2016 on the future Olympic hill at Jeongseon, South Korea. It came in a super-G race at the test races for the 2018 Winter Games.