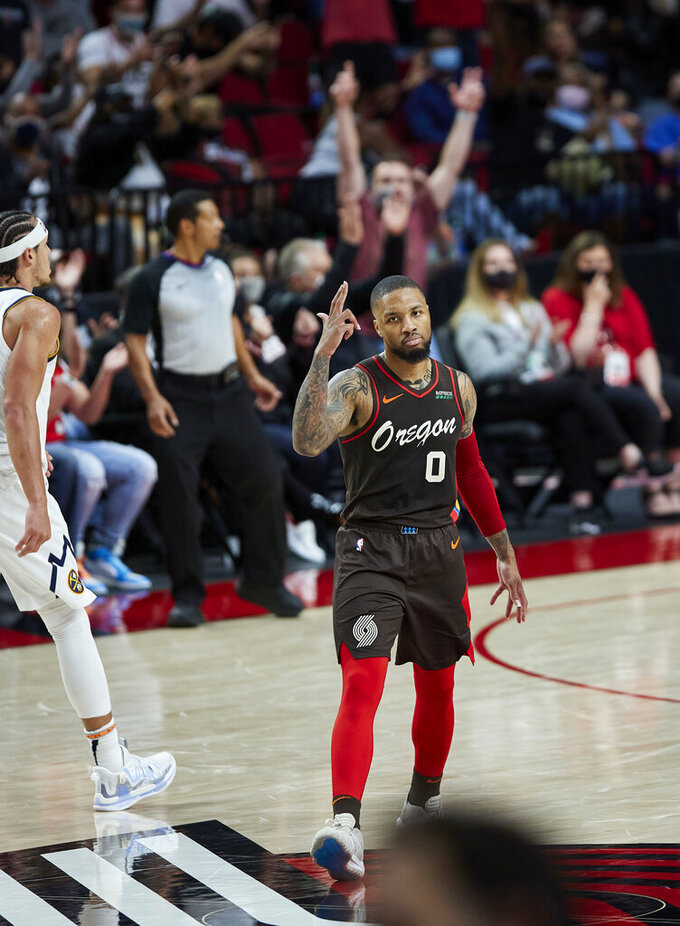 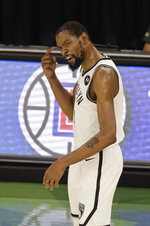 Experience mattered to USA Basketball when putting together a roster for the Tokyo Olympics.

The Americans formally revealed their roster Monday, one that will be the third-oldest U.S. men’s team in Olympic history for the Tokyo Games. The 12-man list includes five players — Kevin Love, Kevin Durant, Jrue Holiday, Damian Lillard and Draymond Green — already in their 30s.

In addition to those five players, the U.S. also has gotten commitments from Bam Adebayo, Bradley Beal, Devin Booker, Jerami Grant, Zach LaVine, Khris Middleton and Jayson Tatum to play on the team. All those commitments became known in recent weeks; USA Basketball, which is seeking a fourth consecutive Olympic gold medal, merely made it official Monday with the announcement.

“USA Basketball selects players to represent our country in international competition with the skills, character, experience, and desire to win,” said retired Gen. Martin Dempsey, the chairman of USA Basketball’s Board of Directors. “We build teams that are versatile and resilient in the short, intense competitions we face. We’re fortunate that this group of elite athletes has volunteered to represent us in Tokyo this summer.”

“USA Basketball is as strong as it's ever been and I'm very happy with that," USA Basketball senior men's national team managing director Jerry Colangelo said. “Having said that, there's work to be done, and that is one more go — the Olympic efforts in Tokyo."

Putting together a roster was challenging for many reasons, Colangelo said. Among them: a compacted NBA season running later into the summer than is ordinarily the case, several potential Olympians dealing with injuries, and of course, the ongoing effects of the coronavirus pandemic.

“To be selected to the United States Olympic team is an honor and a blessing,” said Beal, who celebrated his 28th birthday on Monday. “Representing my country on the world’s biggest stage alongside so many of the league’s best players is a privilege that both humbles and inspires me.”

Durant is on the Olympic team for the third time, making him the fourth U.S. player to have at least that many selections; Carmelo Anthony was on each of the last four teams, while LeBron James and David Robinson are the other three-time selections.

Durant was part of the gold medal-winning squads in 2012 and 2016. Love was also on the 2012 team, Green was on the 2016 team. The other nine players on the U.S. roster will be appearing in the Olympics for the first time.

“I’m happy for the selected players and looking forward to having the opportunity to work with this wonderful group when practice gets underway on July 6 in Las Vegas,” U.S. coach Gregg Popovich said. “I’m excited to represent the United States in our quest to earn a gold medal in Tokyo.”

Popovich will be assisted by Steve Kerr, Lloyd Pierce and Jay Wright. Colangelo is serving in his managing director role for the fourth and final Olympics in his tenure; Grant Hill assumes that job when these Olympics are complete.

“Our roster features players who are experienced in the international game, and this team has outstanding athleticism, versatility and balance,” Colangelo said. “We also believe we have excellent leadership which is a necessity in order to develop the needed chemistry. We still have a lot of challenges in front of us, but I believe these players will become a team that all Americans will be proud of.”

The team will be formally nominated to the Tokyo Games by the U.S. Olympic and Paralympic Committee next month.