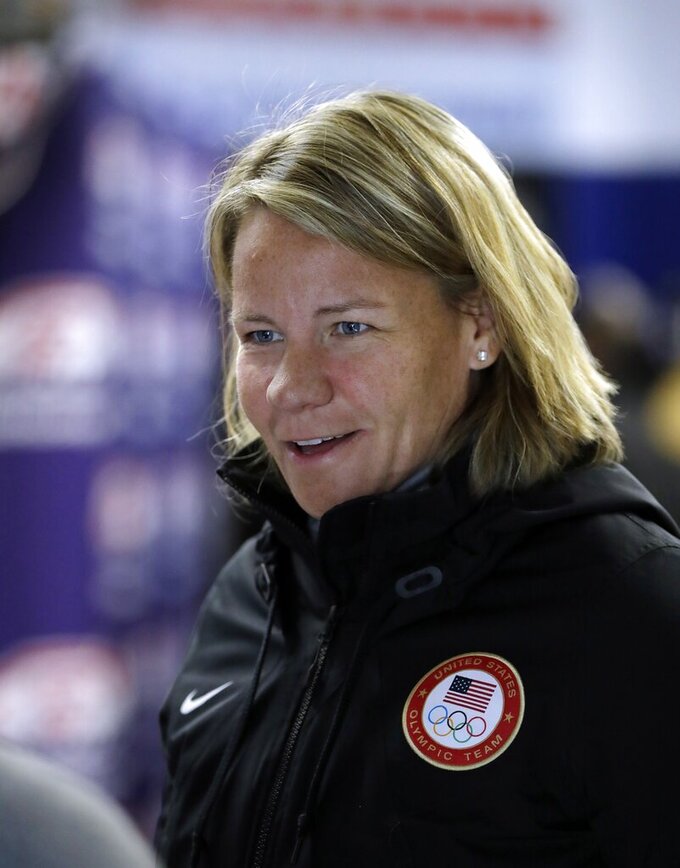 Reagan Carey is bringing her Olympic gold medal-winning resume to lead the Premier Hockey Federation through a critical offseason of expansion and the looming threat of competing for talent with a second North American pro women’s hockey league.

The PHF announced Tuesday that the former head of USA Hockey’s women’s programs is its new commissioner heading into its eighth season. Carey replaces Tyler Tumminia, who stepped down in March after two seasons in which the former National Women’s Hockey League rebranded itself and revamped its ownership model.

Carey is well-versed in the challenges women’s hockey has faced in finding its footing in North America. Her eight-year stint at USA Hockey ended with the women’s national team winning gold at the 2018 Winter Games.

“My area of experience and developed expertise is really growing things and doing it quickly and taking things that might need some structure and organization and focus to really drive things forward and capture some wins,” Carey told The Associated Press.

“So I’m excited to know we’ve got a lot of things moving around here and a lot of opportunities to really continue the positive momentum the PHF put forward last season,” she added. “And that’s to demonstrate what we’re here to do, which is to be the best league we can be.”

Carey’s arrival comes with the six-team PHF preparing to add two expansion franchises, one in Montreal and another in a yet-to-be announced U.S. location. The league’s board of governors is also committed to increasing each team’s salary cap from $300,000 to $750,000 as part of a three-year, $25 million cash influx.

The challenge involves the PHF’s ongoing rift with the Professional Women’s Hockey Players’ Association, which has intensified talks with NHL teams and its corporate sponsors to launch its own league within the next year. The PWHPA, formed in 2019, is made up of American and Canadian national team members who have balked at playing for the PHF.

The two sides’ latest bid to join forces ended abruptly two weeks ago when the PWHPA’s board of governors voted to end discussions after holding just one meeting at the NHL’s request.

Carey was diplomatic regarding the PWHPA, saying she considers anyone seeking to advance the women’s game as being “a teammate” and that she will have “an open-door policy” of collaboration.

“Regardless of the entity you represent, I’m a big believer in one candle doesn’t lose its flame by lighting another,” Carey said.

“And I think that’s where we are with the situation that creating options for players is great for everyone. It only betters the sport,” she said. “I support all the people that are doing a lot of work to advance professional women’s ice hockey, including the players that are working with the PW.”

“Hiring the right fit for the long-term growth of the league was imperative,” Piotrkowski said in a news release. “Reagan Carey differentiated herself not only as a result of her hockey experience but through her deep understanding of the women’s sports landscape.”

During her tenure at USA Hockey, Carey oversaw a women’s program that won six world championships and four Under-18 women’s championships. She was also involved in negotiations to end the U.S. national team’s threat to boycott the 2017 world championship on home soil, which led to players getting better pay and more equitable treatment.

“I think, ultimately, it was a great pivotal moment for women’s hockey, and glad to be a part of that experience,” Carey said. “USA Hockey certainly had the opportunity to listen and create a better structure for women’s hockey, better resources. And ultimately those players that led that charge and everybody ended up the better for it.”

While at USA Hockey, Carey was keenly aware of the startup troubles the NWHL endured, including the league slashing player salaries by more than 50% during its second season.

“The PHF was imperfect, certainly. It had its misfires, and its obstacles, but at the same time, it really filled the need that was existing,” Carey said.

“But I also like to look at where we’re advancing and how far we’ve come,” she added. “We’re not going to get everything perfect moving forward either. I’ll be the first to recognize that. But I think it’s about how we continue to evolve and how we handle those situations and making sure players are very clear of what we’re able to deliver and that we deliver on that.”

Carey previously worked for the NHL's Atlanta Thrashers and NBA's Atlanta Hawks in sports development, performance and marketing roles. Upon leaving USA Hockey, she returned to her native Maine, where she was a member of the Maine Girls & Women in Sports Committee, while also spending time as a sports and business consultant.