Gus Kenworthy's final Olympics in a land he'd rather avoid 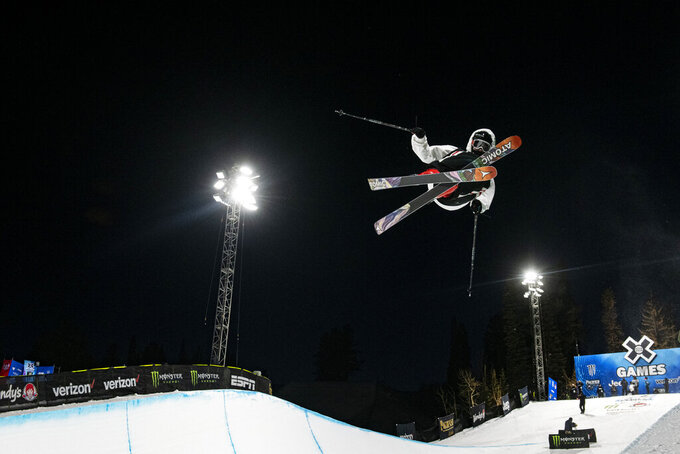 ZHANGJIAKOU, China (AP) — Gus Kenworthy certainly wishes his final Olympic trip down the mountain didn't have to come in China.

Yet skipping the trip didn't seem like the right thing, either.

The freestyle skier whose kiss with his boyfriend at the bottom of the hill stole the show four years ago in Pyeongchang is competing for his mother's native country of Britain this time around. He is 30, has had a recent bout with COVID-19 and has been dinged up a bunch over the past year. All of that leaves him content knowing that he'll be calling it a career after this.

He's nowhere near as sanguine about having to make his curtain call in China — a country with a troubling human rights record where same-sex marriage is not recognized.

“I don’t think countries should be allowed to host the Games when they have things happening that are so egregious, and there are insane human rights atrocities happening,” Kenworthy said in an interview earlier this winter, before he arrived in China.

Because Kenworthy arrived to these Olympics late — the men's halfpipe qualifying starts Thursday — he was able to see, from afar, that a lot of the drama he feared might unfold had done just that before he got to the mountain: Peng Shuai's appearance with IOC President Thomas Bach at a big air contest; an Uyghur torchbearer at the opening ceremony that critics viewed as a ploy to whitewash China's human rights record; a Russian doping scandal that has dredged up bad memories of what many people view as the IOC's complicity with authoritarian countries.

Kenworthy is among the few Olympians who were willing to speak out about China in the lead-up to the Games. That's where the differences end. He came to China along with everyone else, he said, because he fears that without a massive show of unity, one athlete's absence would be forgotten quickly.

“Me boycotting the games, it’s like a sensationalized news story that lasts for a week or three days,” Kenworthy said. “And I get praise and I also get criticism, and then I get forgotten about and the Games go on and someone wins the medal and no one cares.”

But Kenworthy has had a knack for finding the spotlight both at, and after, the medals are handed out at the Olympics.

He was part of an American slopestyle sweep in 2014, though that success in the sport's Olympic debut merged with his mission to bring home stray dogs from Russia. That story ran its course, and then Kenworthy made news for different reasons.

He came out as gay in 2015 — a decision that was more difficult back then than it might be today. The kiss at the bottom of the mountain four years ago was the culmination of years of holding back from showing the world who he really was.

“That’s definitely not something I had as a kid,” he said that day. "I never saw a gay athlete kissing their boyfriend at the Olympics. I think if I had, it would’ve made it easier for me.”

Now, his hope is that maybe he's made it easier for someone else in the future.

On the mountain after practice earlier this week, Kenworthy paused when asked if he has anything in store at the bottom after this year's halfpipe contest. “Ummm. Nothing really,” he said. Time will tell.

Equally uncertain are his chances in the contest itself. His two contests this winter — a World Cup in Copper Mountain, Colorado, and the Winter X Games — have left him far off the podium.

He is dedicating the Olympics, which will be his final contest, to his mother, Pip, who was born in Britain, thus making Kenworthy eligible to ski for that country.

While he's grateful for a chance to say goodbye, he certainly has mixed feelings about the Olympic world he's leaving.

“The Olympics are supposed to be about world inclusion, and it’s everyone coming together for the betterment of sport and people putting aside differences,” he said. “But with that being said, you should make sure that the host country and any participating countries are up to a certain level of ethics. And I don’t think that China is currently displaying those, so I don’t think that they’re suited to host the Games.”