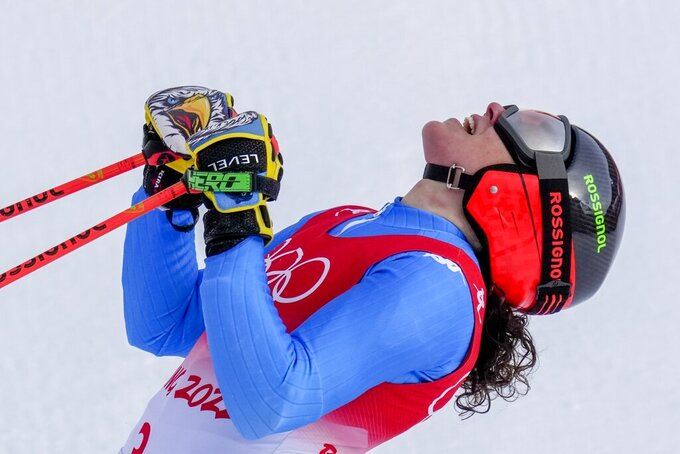 BEIJING (AP) — A two-time Olympic medalist in Alpine skiing from Italy thinks her country’s 2026 Milan-Cortina Games will lack “spirit” and “atmosphere” because the venues will be spread far apart from each other.

Federica Brignone, who won a silver in giant slalom at the Beijing Games last week and a bronze in that event four years ago in Pyeongchang, said in response to a question from The Associated Press on Monday that she doesn’t see herself competing in four years because “there will be no Olympic spirit.”

Taking advantage of new and more flexible rules from the International Olympic Committee, the Milan-Cortina plan splits Alpine skiing between Bormio (for the men) and Cortina d’Ampezzo (for the women). The two ski areas are separated by a five-hour car ride.

The 31-year-old Brignone, who won the overall World Cup title in 2019-20, said that division will make each site feel more like a weekly World Cup race than a major event.

Other venues for 2026 will also be spread across a wide swath of northern Italy, with hockey and figure skating in Milan; speedskating, cross-country skiing and ski jumping in Trentino; snowboarding in Livigno and biathlon at Anterselva.

In addition to women's skiing, Cortina will also host sliding sports on a century-old bobsled track, plus curling.

“Everyone will be in their own area,” Brignone said. “It’s good to take advantage of the existing structures and not consume and build new venues; from an ecological standpoint it will be much better. But in terms of Olympic atmosphere, I’m not sure how it will be but I don’t think it will be very nice.”

Brignone spoke after failing to qualify for Italy’s team for Tuesday’s downhill.

The Italian Winter Sports Federation later issued a statement quoting Brignone as saying she wouldn’t miss the Milan-Cortina Olympics “for any reason in the world.”