Olympic gold: Clemson men's track tries to save its program 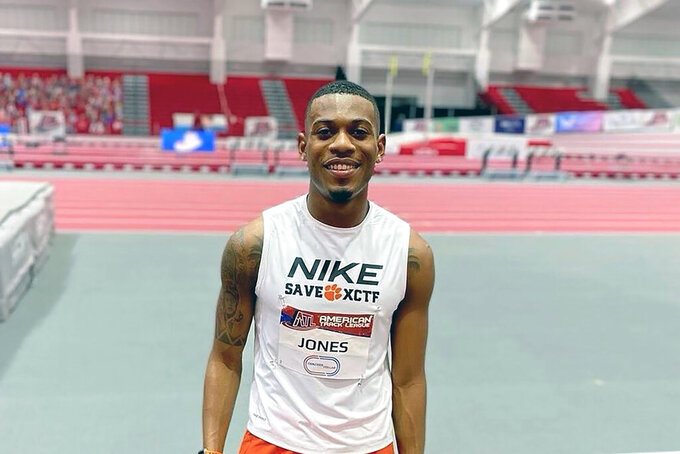 This undated photo provided by Kameron Jones shows Kameron Jones at an American Track League athletics event in Fayetteville, Ark. Kameron Jones' lasting mark on the Clemson track program may not have anything to do with the times he turns in or the medals he brings home. Jones has a gold-medal mindset when it comes to saving the men’s track and field program — along with cross country — from being cut by the school for budgetary reasons. (Kameron Jones via AP) 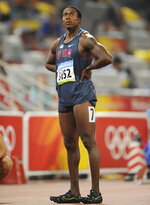 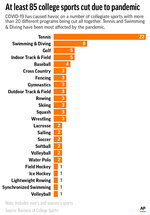 Middle-distance runner Kameron Jones' lasting mark on the Clemson track and field program may not have anything to do with the times he turns in or the medals he brings home.

It will be a win, for sure — just not on the track but through lobbying efforts or, possibly, should it come to that, the legal system.

Jones has a gold-medal mindset when it comes to saving the men’s track and field program — along with cross country — from being cut by the school for budgetary reasons.

The graduate transfer and his teammates were informed in November that a program sponsored more than 67 years ago — and has produced 22 Olympians and 16 NCAA individual champions — would be shuttered after this spring season. They’ve lobbied, petitioned, marched and hired outside counsel in an effort to be heard.

Clemson’s men’s track and cross country teams are part of the at least 85 Division I sports programs to be shuttered since the coronavirus pandemic started a year ago because of financial strains. Olympic and college-sports leaders fear it will only continue as changes in the college system take hold. Congress and the NCAA are considering allowing athletes to benefit from their name, image and likeness (NIL). There are also proposals in Congress that would allow schools to pay players beyond the scholarship and stipends they already receive.

At stake is an Olympic feeder system that props up Team USA. Nearly 80% of U.S. athletes at the Rio Games came from an American college program.

To get the ball rolling on trying to keep Clemson men running, a legal letter was sent to Clemson President James P. Clements.

“All I want is to fight for the next generation of athletes who just want to have an opportunity to be able to succeed," said Jones, whose only season of eligibility with Clemson is this outdoor season after transferring from Maryland to work on his graduate degree in athletic leadership.

Clemson track on the men's side is decorated with Olympic champions. There’s Shawn Crawford, the 200-meter gold medalist at the 2004 Athens Games and silver medalist four years later in Beijing. There's Carlton Chambers helping Canada to an eventual gold in the 4x100 relay in 1996, and Mark McKoy of Canada taking gold in the 110-meter hurdles at the 1992 Barcelona Olympics.

And there's Dwight Thomas, who ran in the prelims for Jamaica in the 4x100 relay in Beijing (2008), before being subbed out during the final by a young sprinter named Usain Bolt. The relay team would later vacate its gold medal when Nesta Carter tested positive for a banned substance.

Given all the acclaim, the men's team was caught off guard when it was summoned to a gym on Nov. 5 for a team meeting. Jones said the men and women were separated into groups, with the men being informed the program would be discontinued at the conclusion of the 2020-21 athletic season.

In a November news release, director of athletics Dan Radakovich said: “After careful analysis, we concluded that discontinuing our men’s track and field program is in the best long-term interest of Clemson athletics.” They would honor scholarships through the athlete's undergraduate years at Clemson.

Jones and his teammates weren’t about to go quietly.

They marched to the president’s home in protest. They raised around $250,000 from Clemson supporters. They made shirts. They designed a website. They retained legal counsel in Arthur Bryant of Bailey & Glasser in Oakland, California. Bryant has successfully reinstated other college programs but typically represents female athletes through enforcement of Title IX, the federal law that prohibits gender inequality by educational institutions receiving federal funds.

Bryant looked into the case and agreed there were merits for men's track and cross country. Bryant sent a letter to Clements, informing him that if necessary they were going to “pursue a class action lawsuit against Clemson University for depriving male athletes and potential athletes of equal participation opportunities in violation of Title IX of the Education Amendments of 1972.”

In the letter, Bryant cited a drop in Clemson's participation numbers that would be the result of the elimination of the men’s programs, to 229 for men and 318 for women, according to numbers that were publicly available. Clemson would need to add approximately 89 men to reach gender equity. This is an unusual conundrum, given how football skews the numbers at almost every school widely in favor of the men.

Meanwhile, attorney Lori Bullock from another firm, Newkirk Zwagerman, sent a separate letter to the president on behalf of the women’s rowing, cross country, and track and field teams to offer support. The letter read: ”Clemson is apparently depriving male student athletes of equal opportunities to participate in violation of Title IX and female student athletes of equal athletic financial aid, treatment, and benefits in violation of Title IX. All of this has to stop.”

The letter urged Clemson to comply with Title IX in terms of athletic financial aid and treatment. If the school didn't, they would move forward with a class action lawsuit.

“Clemson at this moment is the very first school in the country to have both male and female athletes threatening to sue it for violating Title IX by discriminating against them in different areas,” Bryant said in a phone interview. “The lawsuits will be big-time if they don't settle."

As the legal wrangling wages on, the Tigers continue to train — and shine. Fabian Hewitt won the 60 meters at the ACC indoor championships. Jones recently switched to the 800 meters and is already making tremendous strides. He said he's reached the qualifying standards for the U.S. Olympic Trials in June.

For now, Clemson's last men's meet is the NCAA outdoor championships in Eugene, Oregon, from June 9-12.

“With all that pressure on them, my teammates are competing at a high level," Jones said. "A lot of people could just sit down and quit or opt out, but we’re not doing that.