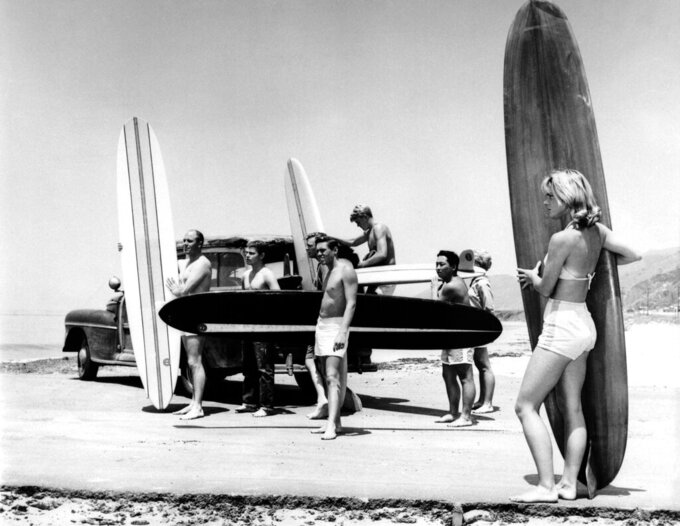 FILE - In this July 12, 1961, file photo, members of the North Bay surfing club upload their surf boards from a station wagon at Malibu Beach, Calif. For some Native Hawaiians, surfing's Olympic debut is both a celebration of a cultural touchstone invented by their ancestors, and an extension of the racial indignities seared into the history of the game and their homeland. The Summer Games in Tokyo, which kick off this month, serve as a proxy for that unresolved tension and resentment, according to the Native Hawaiians who lament that surfing and their identity have been culturally appropriated by white outsiders who now stand to benefit the most from the $10 billion industry. (AP Photo/File) 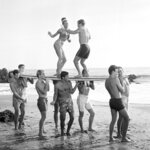 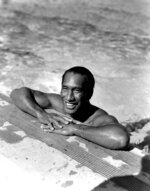 SANTA CRUZ, Calif. (AP) — For some Native Hawaiians, surfing’s Olympic debut is both a celebration of a cultural touchstone invented by their ancestors, and an extension of the racial indignities seared into the history of the game and their homeland.

The Tokyo Summer Games, which open July 23, serve as a proxy for that unresolved tension and resentment, according to the ethnic Hawaiians who lament that surfing and their identity have been culturally appropriated by white outsiders who now stand to benefit the most from the $10 billion industry.

“You had Native Hawaiians in the background being a part of the development of it and just not being really recognized,” said Isaiah Helekunihi Walker, a Hawaii historian and activist. “There’s an element of them taking over. That’s when there’s no more aloha.”

The Indigenous people of Hawaii traditionally viewed the act of stylishly riding ocean waves on a board for fun and competition as a spiritual art form and egalitarian national pastime that connected them to the land and sea.

White European settlers who first learned of the sport when they arrived to the island both vilified and capitalized on the sport. Christian missionaries disapproved of the nudity on display, yet white businessmen later ran a whites-only surf club on Waikiki beach.

Today, white people are still seen as the leaders and authorities of the sport globally, as surfing’s evolution is now a legacy shaped by white perspectives: from practically Native Hawaiian birthright to censured water activity, and California counterculture symbol to global professional sports league.

Imagine if the Hollywood version of yoga became an Olympic sport, and by default overshadowed its roots in India, whitewashing the original cultural flavor into a white Californian trope.

“It’s the paradox and hypocrisy of colonization,” said Walker, a BYU-Hawaii history professor who is Native Hawaiian.

White settlers first arrived on the island in the 1700s, bringing with them disease that nearly wiped out the Native Hawaiian population, conquest to take over the land and its bounty of natural resources, and racist attitudes that relegated the Indigenous population to second-class citizenship.

Though it was three Native Hawaiian princes who first showed off surfing to the mainland in 1885 during a visit to Santa Cruz, California, white businessmen are credited with selling surfing and Hawaii as an exotic tourism commodity for the wealthy. That trajectory has since manifested into a professional sports league largely fronted by white athletes.

But the Native Hawaiians never gave up their sport and by the 1970s, there was a full-blown racial clash around surfing with well-documented fights in the ocean. The issue pitted Native Hawaiians and some white residents who grew up among them against the white Californian and Australian surfers who sought to exclude locals from the world’s best waves on their very own turf.

An infamous brawl involved a trash-talking Australian surfer named Wayne “Rabbit” Bartholomew, who was battered and humbled by the locals. The surfing world’s reverence for Hawaii and Native Hawaiians was cemented. Bartholomew would go on to run the Association of Surfing Professionals, an earlier iteration of the current pro league.

“I treaded lightly in light of what they went through because there was an internalization that this is something that was stolen from them,” said Richard Schmidt, who was among the white Californian pro surfers on the scene in that era. “You’re never a complete surfer until you prove yourself in Hawaii.”

Yet critics say the business and branding aspect of the sport and lifestyle largely remained white-centered.

“When surfing started to become really popular, that triggered money and that triggered business people and things we’d never thought we’d have to deal with as people who surf in Hawaii,” said Walter Ritte, a longtime Native Hawaiian activist. “There’s no doubt that the control is not here in Hawaii.”

The effort to take back surfing’s narrative is why sovereignty activists applied for a Hawaii Kingdom national team to compete at the Olympics. Their longshot request hinges on the fact that they say there was no ratified treaty that ever formally dissolved Hawaii’s autonomy. The United States annexed Hawaii in 1898 after the overthrow of the Hawaiian monarchy by U.S.-backed forces in 1893.

A statement from the International Olympic Committee, which has ignored the request, noted only that applicants must be an “independent state recognized by the international community.”

This geopolitical dynamic will be on display when Carissa Moore and John John Florence are in the surf zone to compete for the U.S.

Neither is eager to discuss their views on the matter but they are two of professional surfing’s biggest stars who have long competed under the Hawaii flag in the pro league, as the World Surf League recognizes Hawaii as a “sovereign surfing nation.” Moore as the reigning female world champion is also the only Olympic surfer who is ethnically Hawaiian.

“The hurt and the wounds go back really far,” Moore said. “I usually compete under the Hawaii flag all year with the WSL...For me, that’s not a huge focus right now. I think that I can still represent both, even if I’m not wearing the flag on my sleeve. I'm wearing it on my heart.”

Tatiana Weston-Webb, a white woman who grew up in Hawaii and will surf for her mother’s native Brazil at the Olympics, said Native Hawaiians deserve more recognition but rejected the idea that they are disrespected.

“I don’t think that they’re being overshadowed,” Weston-Webb said. “It just depends on how you look at the situation.”

Fernando Aguerre as president of the International Surfing Association, the Olympic governing body for surfing, pledged to honor Hawaii and Duke Kahanamoku, the godfather of modern surfing, during the Games. Like many surfing industry leaders, Aguerre, who is from Argentina, invokes the legend of Kahanamoku often, even noting that he named his son after the Native Hawaiian icon.

Kahanamoku was an Olympic swimmer who won five medals and introduced the sport via surfing exhibitions in places like California, New Jersey, Australia, New Zealand and Europe. He lobbied the IOC at the 1912 Summer Games in Stockholm to include it in the Olympics, and was the ultimate waterman, whose legacy also includes popularizing flutter swimming kicks and spreading the concept of lifeguarding and water rescue to the masses.

“Everything we do has a connection to Hawaii. I think it’s impossible to detach Hawaiianness from surfing,” Aguerre said. “The ocean doesn’t really care about hate, war or governments. Surfing is that way, too.”

Didi Robello, a descendant of Kahanamoku, said none of his family members have been contacted to participate in any Olympic celebrations. He said his grand-uncle’s name and legacy are exploited, which has become a great source of pain for the family because the trademark rights to the Kahanamoku name are owned by outsiders.