Russia restricted to 10 athletes in track at Tokyo Olympics 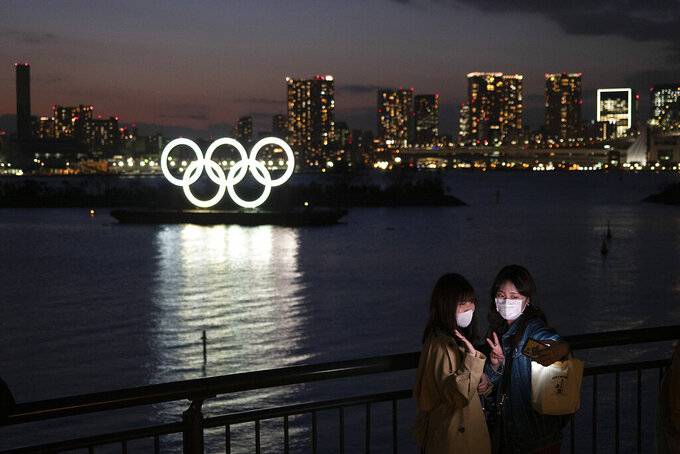 MONACO (AP) — Russia's track team was limited to 10 athletes for the Tokyo Olympics and the country's federation was fined $10 million by the sport's governing body on Thursday.

World Athletics passed the latest package of sanctions after the Russian track federation's new president accepted charges that fake documents were used under the previous management to give an athlete an alibi for missing a doping test.

Russia has been suspended by World Athletics since 2015 for widespread doping, and was threatened with possible expulsion because of the documents case.

“Clearly the previous measures were not enough to change the culture in Russian athletics. We hope this further measure will be sufficient to provoke real change,” World Athletics president Sebastian Coe said. The Russian track federation said it accepted the punishment.

World Athletics will restart a system to vet Russian competitors and allow them to compete as neutral athletes. They will be limited to 10 athletes at major events like the Olympics, which open July 24, and the European Championships in August. That limit can be raised at the end of 2020 if World Athletics feels Russia is making progress on reforms.

“This has been discussed in light of what is needed in order to change the culture. You will recall that the previous system of authorized neutral athletes had not brought the changes that we wanted to come along," said the head of World Athletics' Russia taskforce, Rune Andersen. "We were trying to find a figure which might trigger change.”

For those 10 Olympic spots, priority will be given to eight athletes who are part of an international drug-testing pool run by the Athletics Integrity Unit. They include world champion high jumper Mariya Lasitskene and world champion pole vaulter Anzhelika Sidorova.

Russia must pay $5 million of its fine by July 1, with the remainder suspended for two years — to be paid if the federation commits another anti-doping offense or fails to make what World Athletics considers “meaningful progress.”

“We've achieved the main thing, the opportunity for Russian athletes to take part in international competitions. Athletes are the heart of sport,” federation president Yevgeny Yurchenko said in a statement.

As for the $10 million fine, unprecedented in track and field, he said: “I note that the price of a mistake is high.”

There was no word on how the federation, which has long struggled with funding, planned to pay the fine. Yurchenko said only that it would put in “maximum effort” to meet the July deadline. Last year, the federation asked World Athletics for permission to pay a $3.2 million debt in installments, citing a lack of sponsors.

The Russian Sports Ministry said the ruling would “give the federation the opportunity to realize reforms focusing on developing athletics in Russia and restoring full membership of World Athletics.”

The case relates to high jumper Danil Lysenko, who was charged by the Athletics Integrity Unit in 2018 with repeatedly failing to be available for testing. The federation allegedly helped him file forged documents purporting to be from a medical clinic.

Former federation president Dmitry Shlyakhtin resigned in November after he and six others were handed various disciplinary charges by the AIU over the documents. The charges against the individuals, none of whom now work for the federation, remain open.

Yurchenko, a state aircraft executive, was little known in sports circles until he was elected unopposed to run the federation last month. Three other candidates withdrew in the weeks leading up to the vote.

The charges relating to the medical documents are separate from Russia's ongoing legal battle with the World Anti-Doping Agency, which is seeking to force the country to send a neutral team to the Tokyo Olympics and other major events. That dispute is about allegedly falsified doping test data and is awaiting hearings at the Court of Arbitration for Sport.