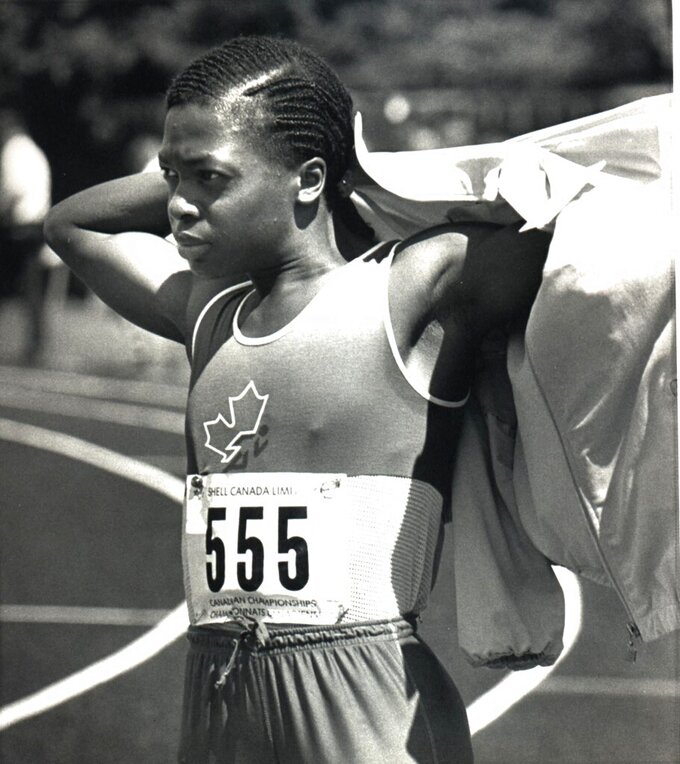 FILE - In this Aug. 2, 1985, file photo, Angela Bailey is shown the National Track and Field Championships in Ottawa. Bailey, the Canadian women’s record holder in the 100 meters and an Olympic 4x100 relay silver medalist, died Sunday, Aug. 1, 2021, at her home in Missisauga, Ontario. She was 59. Bailey’s record time of 10.98 seconds in the 100 for Canadian women was set in 1987 and still stands. (Peter Jones/The Canadian Press via AP, File)

MISSISSAUGA, Ontario (AP) — Angela Bailey, the Canadian women’s record holder in the 100 meters and an Olympic 4x100 relay silver medalist, has died. She was 59.

Her death Sunday was confirmed by Athletics Canada. The family said she died at home from lung cancer, adding she never smoked and suffered from mental illness for five years.

Bailey’s medal-winning relay team members — Marita Payne, Angella Taylor-Issajenko and France Gareau — paid tribute to her in a statement, calling her “a tremendous competitor on the track.”

She was inducted into the Athletics Ontario Hall of Fame in 2014.