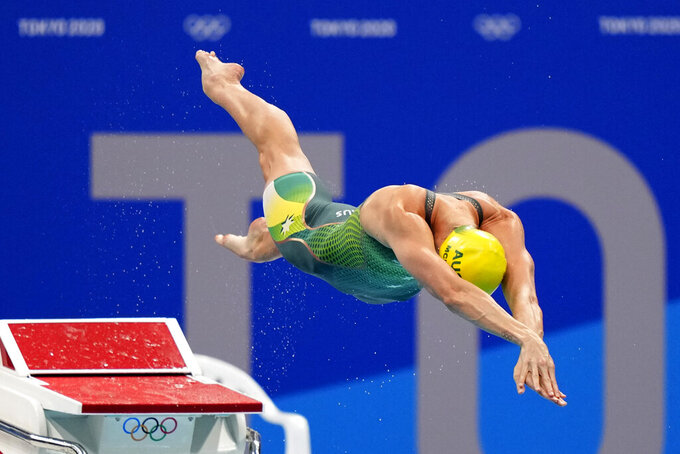 BRISBANE, Australia (AP) — Swimming Australia has scrapped its national short-course titles and won’t be sending a full team to the world short-course championships in December because of travel difficulties associated with the COVID-19 pandemic.

Australia’s elite swimmers have recently returned from the Tokyo Olympics and are undergoing a mandatory 14-day hotel quarantine as part of the country’s strict border protection regulations.

Swimming Australia chief executive Alex Baumann issued a statement Monday to confirm next month’s national titles had been canceled, but said individual swimmers who have qualified and want to compete at the Dec. 16-21 world short-course event in Abu Dhabi would be supported.

“With limited options to return to Australia, the quarantine requirements following competition falling over the Christmas and New Year period and many of our athletes just undertaken more than 10 weeks away from home, we felt sending a team to the event was not viable,” Baumann said.

There's a strict cap on the number of people entering Australia during the pandemic, and anyone wanting to travel abroad must apply for a government exemption to leave the country.

Scrapping the Sept. 23-26 national short-course titles in Melbourne was necessary because of domestic border closures resulting from a new wave of coronavirus cases in Australia's eastern states, Baumann said.

“This is an unfortunate situation and again a decision we did not take lightly,” he said. "With the borders being so unstable and regular lockdowns still occurring we feel this is the right decision.”

Australia topped the standings at five of the first eight editions of the world short-course championships, but hasn't finished in the top two since 2008.

The short-course championships are held in a 25-meter pool, which is half the length of an Olympic pool.