Blackhawks' Bowman named as GM of 2022 US Olympic men's team 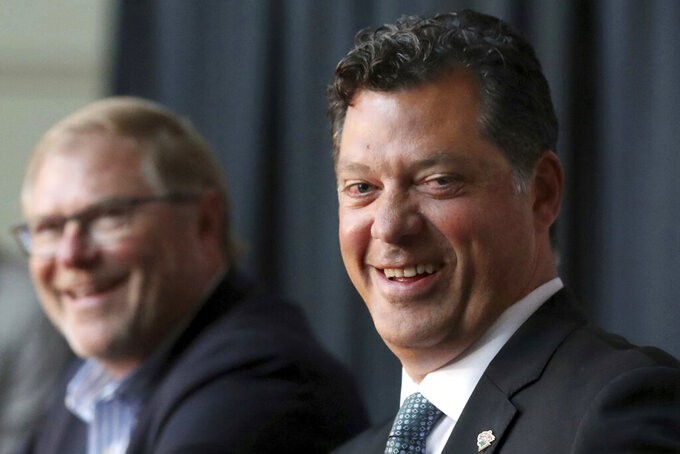 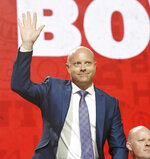 With an opportunity to draw from what he considers the deepest pool of American-born talent ever assembled, Stan Bowman welcomes expectations that come with being the general manager of USA Hockey’s 2022 Olympic men’s national team.

“I’m humbled and honored and can’t wait to get started,” the three-time Stanley Cup-winning Chicago Blackhawks GM said upon being selected for the U.S. team post on Wednesday.

“You just look around the NHL and we’ve got American players all over the place doing special things every night,” he added. “There’s going to be some challenges trying to decide who’s ultimately part of the team. But that’s what makes it so much fun.”

The NHL still needs to resolve several issues with the International Olympic Committee before giving the OK to have its players compete at the 2022 Beijing Games, and after backing out of the 2018 Pyeongchang Games. Formal talks aren't expected to resume until after the Tokyo Games are completed this summer.

In anticipation of a resolution, USA Hockey went ahead and began assembling its management team.

Along with Bowman, Minnesota Wild GM and three-time U.S. Olympian Bill Guerin will be the team’s assistant general manager. Together they will identify a coach and begin targeting players to invite to an orientation camp tentatively scheduled for this summer.

That pool of talent has grown dramatically since the U.S. finished fourth at the Sochi Games in 2014, the last time the Olympics featured NHLers.

They have the potential of joining an Olympic-experienced core of Patrick Kane, John Carlson and Blake Wheeler.

Bowman said it’s premature to determine what identity the team will adopt, but stressed it will be built with an eye on playing various styles.

“If you you try to build it with one thing in mind, that’s probably not the right approach,” Bowman said. “At the end of the day, you’re building a team that has to beat a number of different teams if you want to go all the way and win.”

The U.S. has a spotty Olympic past, having won silver medals just twice — in 2002 and 2010 — in the five times it featured NHL talent. And the Americans count only two gold medals, the last won by the acclaimed “Miracle On Ice” squad at the 1980 Games in Lake Placid.

Bowman was 6 when that happened, and recalled watching the Americans celebrate while sitting on his grandmother’s lap.

“I didn’t really appreciate the backdrop and the significance of that victory until I was a lot older,” said Bowman, son of Hockey Hall of Famer and nine-time Stanley Cup-winning coach Scott Bowman.

"Over time, I’ve come to see the context of that team in 1980 and what it really meant for hockey development across the United States,” he added. “And here we are, 40-some-odd years later, and we’ve seen the tremendous growth of our sport. I think that’s something that really is exciting for me to see and to be a part of.”

Bowman has been a member of USA Hockey’s advisory group since 2012, and also served as co-GM of the 2016 World Cup of Hockey’s Team North America, which was made up of NHL players 25 and younger.