BOYCOTT GAMES: Could another Olympic reset be on tap? 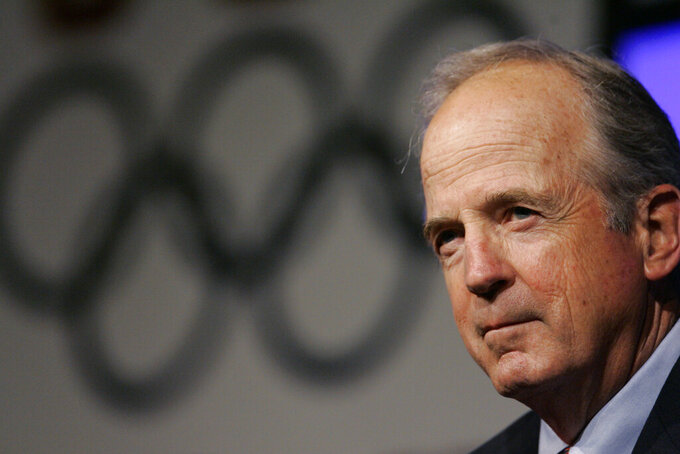 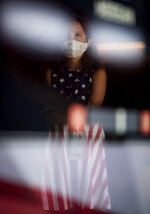 COLORADO SPRINGS, Colo. (AP) — By the time the boycott hit, Edwin Moses could envision the end of the Olympics as he knew them — or maybe the end of them altogether.

The IOC was virtually bankrupt in 1980, both financially and, in many minds, morally. Its long-held insistence on adhering to a policy of amateurism at the games played into an overall reluctance to see them for what they could be: a peaceful gathering of nations, of course, but also a billion-dollar business built on the power, grace and, yes, the personalities, of the world's best athletes.

Then, the United States led a boycott of the Moscow Games; 64 countries followed, and thousands of those nations' athletes saw their dreams, to say nothing of potential marketing opportunities in a post-Olympic professional career, derailed and obliterated.

Forty years later, the Olympics have billions in the bank — so much money, in fact, that there are new questions about the long-term viability of the Games: namely, whether the entire enterprise might be getting crushed under its own weight. And many athletes, facing a year of uncertainty due to forces out of their control during the coronavirus pandemic, and still feeling underpaid and unheard, are wondering if it might be time for another generational reset of the behemoth that has become the Olympic Games.

“Because of the uncertainty, it might be time for a restructuring for athletes," said Moses, a longtime athlete leader who went on to serve in prominent roles in the anti-doping movement.

The last major reset took place in 1984, but had its roots from years before in Moses' sport of track and field. In the late 1970s, top athletes from the West picked up under-the-table money to appear at the biggest events, where they competed against rivals from behind the Iron Curtain, almost all of whom were 100% subsidized by their governments.

Outside of track, however, other top Western athletes didn't get much. In the United States, most Olympic sports were run by the AAU, which was not close to being up to the task of managing such a large operation. The Ted Stevens Amateur Sports Act of 1978 set a new template and allowed different organizations to take over the individual sports.

But the event all the athletes strived for — the Olympics — was hurting every bit as badly. The 1976 Olympics in Montreal became infamous for the cost overruns and long-term crippling debt they produced for the host city. Meanwhile, nobody was rushing to host the Olympics. Los Angeles had only one competitor in the race to host 1984: Tehran. It was the organizer of those Games, Peter Ueberroth, whose vision laid the foundation for what the Olympics have become today.

“He was very adamant that athletes, in conjunction with sponsors, were the key thing for their marketing model,” Moses said. “He brought talent into all levels, had the whole cadre of gymnasts and boxers and wrestlers, introduced them to sponsors and insisted they use them in advertising.”

Over the ensuing 35 years, the entities that run the Olympics — the IOC, the national Olympic committees, along with the rest of the tangled web of continental sports groups with long acronyms — have gotten largely rich off the billions of sponsorship and TV dollars that have rolled in. NBC is currently in the midst of a deal that is paying the IOC more than $12 billion to televise Games through 2032.

Maybe the most recognizable effect of the professionalization of the Olympics came from the Dream Team. When Magic Johnson, Larry Bird and Michael Jordan played in the 1992 Olympics in Barcelona, it brought the entire enterprise to a new level.

But the NBA players were already rich. And though some other athletes in other, less-popular sports, have made good money, the vast majority have not. If fact, many struggle simply to make ends meet. A survey earlier this year of 500 athletes spread across 48 countries found 58% did not consider themselves financially stable.

Some athletes, restricted in what they can advertise during the Olympics by the IOC's divisive Rule 40, are seeking to improve their bargaining power via collective-bargaining. Meanwhile, Rule 50 — the bylaw that bans certain forms of protest while athletes are between the lines at the Olympics — is coming under harsh scrutiny in the wake of racial protests in the United States that has made discussion about racial inequality across the globe virtually unavoidable.

All of this is being exacerbated by the uncertainty caused by the coronavirus pandemic. The global outbreak forced the IOC to postpone the Tokyo Games by a year. It also marks the first time since 1980 that athletes have been so unexpectedly shaken by forces completely out of their control.

“Back then, there were a number of athletes who put their foot down and said enough is enough, with letting politicians and people in suits determine our outcome in sports,” said Jim Scherr, the Olympic wrestler who went on to serve six years as CEO of the U.S. Olympic Committee. “There was a feeling that ‘We need to determine our own outcomes. We don’t want anyone to take dreams away from us again.'”

Though politicians have been replaced by a rogue virus in this case, the message is the same: Many athletes see an opportunity to wrest more control over their destiny in a post-COVID world. Their unscheduled year off has been giving them time to organize.

“There's a feeling out there that it's time to ask, what's the benefit of having 105 IOC members who are pretty much nothing more than ceremonial rubber stamps?” said Rob Koehler of the athlete advocacy group Global Athlete. “If you can change the perception to, ‘This is a sporting event that’s run by everyone including the athletes,' then athletes will have a vested interest to grow and build the brand.”