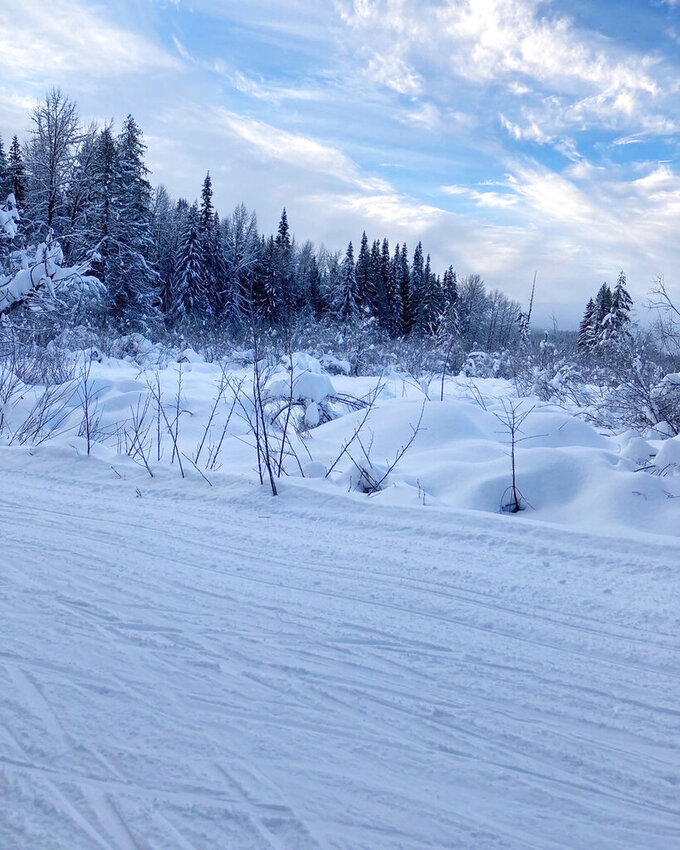 Clouds move over newly groomed cross country ski tracks at the Cabin Creek Sno Park near Easton, Wash., on Dec. 19, 2021. When COVID-19 hit in the winter of 2020, many escaped cabin fever by hitting the ski trails and Nordic skis quickly became the new toilet paper – they were hard to find and sold out in stores. The ski boom has continued as the pandemic makes winter outdoor recreation appealing, but climate change means its future is uncertain. (AP Photo/Martha Bellisle) 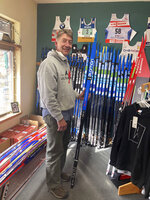 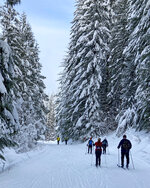 Marine Dusser Bjornsen is a former member of the French biathlon team who now lives in Winthrop, Washington, where she runs a ski shop with her husband, retired U.S. ski team member Erik Bjornsen.

Brian Halligan, biathlon training director at Auburn Ski Club Training Center in Truckee, California, said smoke from the wildfires that hit the Lake Tahoe area in September killed their fall season. He said they have considered training on the East Coast to avoid the smoke.

The operation is a significant contributor to the region’s economy to the tune of more than $12 million per season, said James DeSalvo, the trail system’s executive director. “There would be drastic consequences if the snow melted.”

Methow's operators have spent years developing contingencies for a low-snow or no-snow winter, but those plans don’t include snowmaking. The trail system is just too big. DeSalvo also said water is precious and the surrounding county has a moratorium in place on drilling wells.

Riker Nordic Center in Ripton, Vermont, made a bigger investment and went from 70 days of skiing to 140 thanks to HKD snowmaking equipment. The initial cost topped $850,000 and it's about $40,000 every season to maintain the system, Brown said.

“The natural winters are definitely getting shorter,” he said. “We’ve probably lost two to three weeks early season skiing on natural snow on both the front end and the back end of the year since this place was established.”