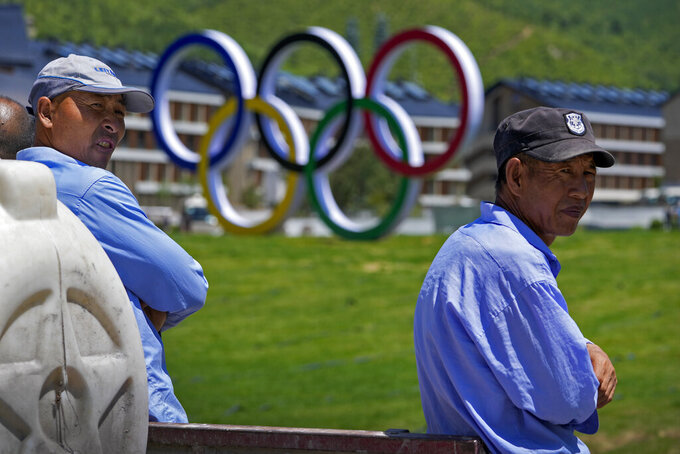 Yunus, a Bangladeshi banker who was awarded his Nobel in 2006 for pioneering micro-credit loans to impoverished people, has worked with the International Olympic Committee on a business program for athletes.

“I think it has a very good case to establish itself as a candidate,” Yunus said in an online conference call ahead of receiving an Olympic award at the opening ceremony of the Tokyo Games on Friday.

Yunus cited North and South Korean athletes marching under one flag at the opening ceremony of the 2018 Pyeongchang Winter Games as an example of the Olympics using sports to create peace.

“If that is not peace-making I don’t know what it is,” Yunus said. “Definitely the Olympics has a tremendous reason to believe it can win the peace prize one day.”

His comments came seven months before the 2022 Beijing Winter Games, which activists have branded the “Genocide Games” because of China’s treatment of Muslim minority Uyghur people in the western Xinjiang region.

Asked Monday if sports should be rewarding or engaging with China, Yunus referred to the ancient tradition of the Olympic truce revived by the modern Olympic Games.

“The whole spirit of the Olympics is to get together,” he said of the truce in ancient Greece that allowed free passage of athletes and spectators from rival city-states to attend the event and return home. “After the Olympics truce is over, go back if you want to whatever you want to do, where you are coming from.”

On Friday, Yunus will receive the IOC's Olympic Laurel award, which recognizes people for their work in education, development and peace in sport.