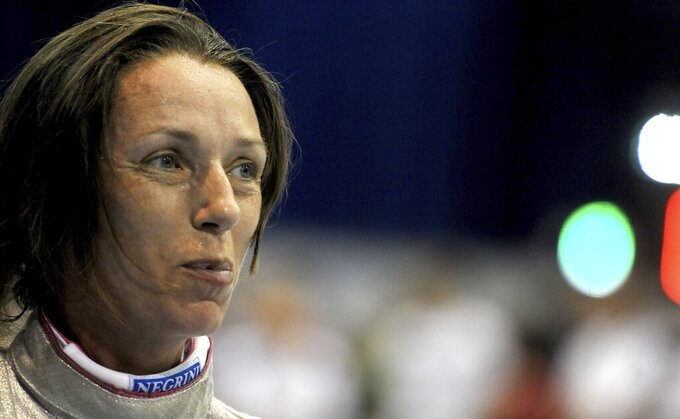 FILE - In this Aug. 5, 2013 file photo, Valentina Vezzali of Italy smiles during the women's individual foil qualifying rounds at the Fencing World Championships in Budapest, Hungary. Six-time Olympic fencing champion Valentina Vezzali was named the Italian government’s cabinet undersecretary in charge of sports on Friday. The 47-year-old Vezzali will be in charge of relations with the Italian Olympic Committee (CONI) and also oversee amateur sports across the country. (AP Photo/MTI, Imre Foldi) 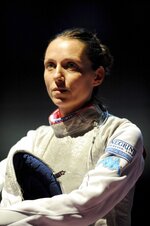 The 47-year-old Vezzali will oversee relations with the Italian Olympic Committee, known as CONI, and also manage amateur sports across the country.

She will immediately be tested by government measures aimed at containing spread of the coronavirus that limit the practice of many sports.

The announcement was welcomed by CONI after Italy narrowly avoided being put on probation by the International Olympic Committee in January because of supposed interference by the previous government.

“We had asked for someone competent who knows our problems, which are numerous and unfortunately urgent,” Malagò said, noting that Vezzali is “the winningest female athlete in Italian sports history.”

Vezzali, who retired in 2016, also won a silver and two bronzes for a total of eight medals in her Olympic career — plus 16 golds at the world championships and 13 European titles.

Vincenzo Spadafora was the sports minister in the previous government.