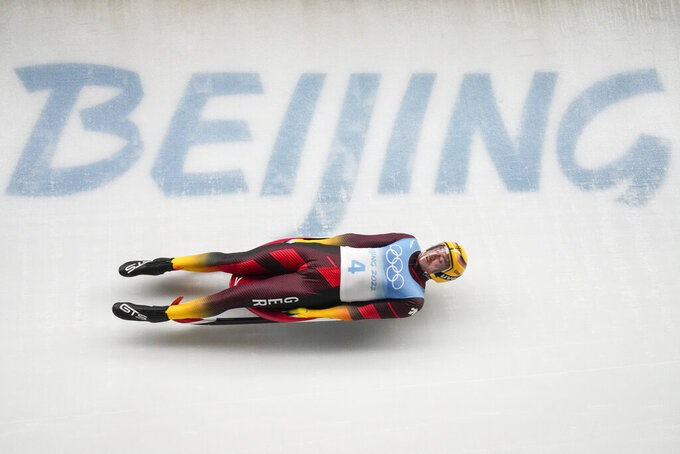 FILE - Johannes Ludwig, of Germany, competes during the luge men's single final run at the 2022 Winter Olympics, on Feb. 6, 2022, in the Yanqing district of Beijing. Ludwig announced his retirement Monday, May 16, 2022, on social media. (AP Photo/Dmitri Lovetsky, File)

OBERHOF, Germany (AP) — Olympic champion Johannes Ludwig had the best luge season of his life, then decided that would be the perfect way to end his career.

The German veteran has announced his retirement from competitive sliding, doing so after winning two gold medals — one in men’s singles, the other in the team relay — at the Beijing Games in February. He also was the overall World Cup champion this past season.

“A hard and successful path comes to an end,” Ludwig said in his retirement announcement.

The 36-year-old Ludwig spent three decades competing in luge. He said he will remain connected to the sport as an ambassador for next season’s world championships on his home track in Oberhof, Germany.