Olympic ski halfpipers crank up the tunes before their runs 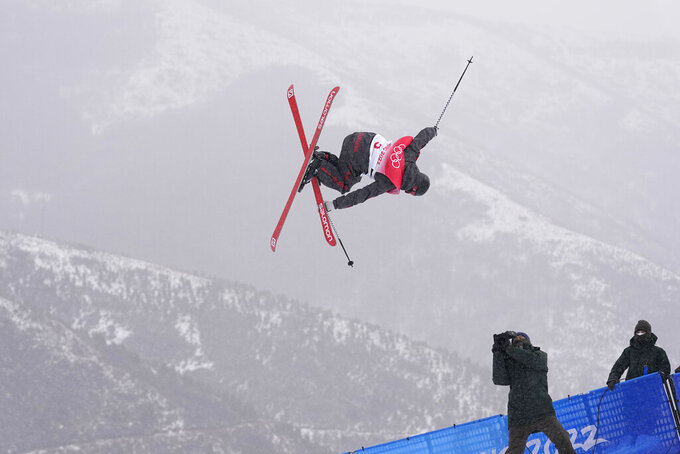 With a song called “TOES” featuring DaBaby blaring in his ears, the 25-year-old freestyle skier from Colorado struck just the right note to turn in the best run of anyone.

Music to his ears.

In a world filled with “double corks," “Japan grabs" and “backside rodeos,” it's the tunes that sync it all together for most of these competitors. To them, their AirPods are almost as important as the bindings on their skis.

“If someone wants to mess with me on a competition day, they'd take away my music,” said New Zealand’s Nico Porteous, who will be one of the favorites in the final Saturday, which marks the end of the fun and games at the Genting Snow Park. “Music is so important to me. Like, the most important thing.”

For his qualifying run, Porteous went back in time, to the 1990s, to The Notorious B.I.G.’s song “Who Shot Ya?” It's the same tune Porteous was listening to when he captured bronze at the 2018 Pyeongchang Games. He’d forgotten all about it until a month ago, when it popped up on his play list at the Winter X Games.

“I put that song on and then ended up skiing the best I ever have,” Porteous said.

So, it remained on his list of greatest hits.

“Music’s huge,” the 22-year-old Irving said. “It zones me out so I’m not really focused on everything. I’m just kind of going and cruising and flowing through the pipe.”

Same for Canadian freestyler Brendan MacKay, who gets into the groove with Canadian rock band Metric.

“That was pretty fast-paced,” MacKay explained of his musical choice. “Sometimes I’ll go even more fast-paced, sometimes slower. I was a bit tired (Thursday morning) so I really needed some energy from my music to get me fired up.”

About the time Metric gets cranking, MacKay finds himself absorbed in deep halfpipe thoughts.

“I don’t think I hear it much even though it’s pretty loud,” he said. “I’m fully focused on skiing, and not thinking anything else.”

For Bowman, tunes have been a “game changer.”

“The energy gets me excited because I’m a fairly laid-back guy,” Bowman said. "So I need that music to kind of hype me up. I’m typically listening to some hip-hop, because hip-hop hypes me up.”

The rare exception may be two-time defending Olympic champion David Wise. He prefers the sound of silence.

“It’s not my vibe,” Wise said. “I’ve talked a lot about, like, mental toughness, the ability to land runs when the pressure's on, and for me, I just embrace the fact that I’m actually at a high-level contest.

Ferreira does. Another chart-topper for him is an up-tempo song, “Red Light, Green Light.”

“I need (music) because it just makes me feel good,” Ferreira said. “It distracts me, I guess, from all the nerves and pressures.”