Prepare for the Beijing Games with this Olympic quiz 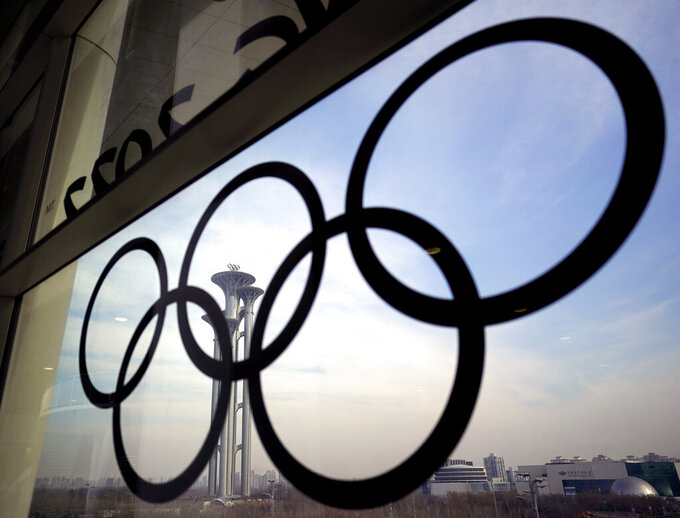 FILE - The Olympic rings are displayed at the main media center for the Beijing Winter Olympics on Tuesday, Jan. 18, 2022, in Beijing. (AP Photo/David J. Phillip, File)

How well do you know the Winter Olympics? Try this quiz:

1. What city did Beijing defeat in a close vote to host the 2022 Olympics?

2. Who was the last woman to win back-to-back gold medals in women’s figure skating?

3. Which country did the U.S. defeat to win an unexpected gold medal in men’s curling in 2018?

4. What skiing star rebounded from a terrible-looking crash in the men’s downhill in 1998 and won gold medals in that year’s super-G and giant slalom?

7. Who hosted the Winter Olympics the last time it was held the same year as the Summer Games?

8. Which of the following is the highest?

b.) Total medals won by Norway in biathlon

c.) Total medals won by the United States in snowboarding

9. Which sport uses the Gundersen method?

10. Which two countries finished 1-2 in the men’s 4x10km cross-country skiing relay for four straight Olympics from 1992-2002 – including three races in which the final margin was under a second?

a.) Italy and Norway

b.) Germany and Norway

11. What year was luge introduced to the Olympic program?

12. What is the only non-European country to win a gold medal in ski jumping?

13. Who scored the tying and winning goals in Canada’s overtime victory over the U.S. for the 2014 women’s hockey gold medal?

14. How many gold medals will be contested in freestyle skiing at the Beijing Olympics?

15. Which Dutch speedskater has won 11 medals, the most by any Winter Olympian not representing Norway?

16. In 2018, snowboarder Shaun White gave the U.S. a milestone when he won the country’s 100th gold medal in Winter Games history. What sport did the first American gold come in, back in 1924?

17. Which star athlete did NOT win three gold medals in Pyongchang in 2018?

18. Which country’s entry finished one spot behind Jamaica in the two-man bobsled in 1988?

19. This U.S. speedskater had a chance at a medal taken away when the 10,000m race was called off amid warm weather and melting ice. He then won two golds four years later.

Do You Believe In Miracles? (10-point bonus)

20. The Soviet Union hockey team that lost to the United States in 1980 featured four players who are now in the Hockey Hall of Fame in Toronto. Who are they?