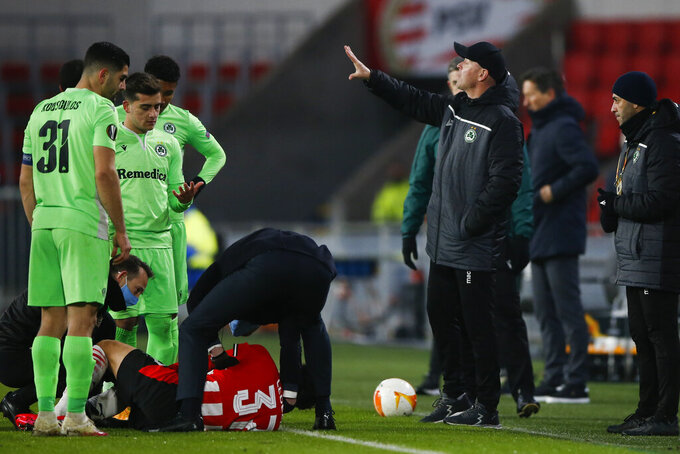 EINDHOVEN, Netherlands (AP) — PSV Eindhoven midfielder Richy Ledezma has torn the anterior cruciate ligament in his right knee and will not play again this season, his club said Friday.

The 20-year-old United States international injured his knee in the 18th minute of PSV’s 4-0 win over Cypriot club Omonia Nicosia in the Europa League on Thursday.

Ledezma has played six games for PSV this season and made his debut last month for the U.S. national team. He had two assists in a 6-2 friendly win over Panama.

Ledezma was considered likely to play for the U.S. under-23 team in qualifying for the postponed Tokyo Olympics, and was also considered to be in contention to make the squad for the CONCACAF Gold Cup in July and August.

The Arizona-born Ledezma can play on either wing and has also played in defensive midfield and as a forward for PSV and its youth team.