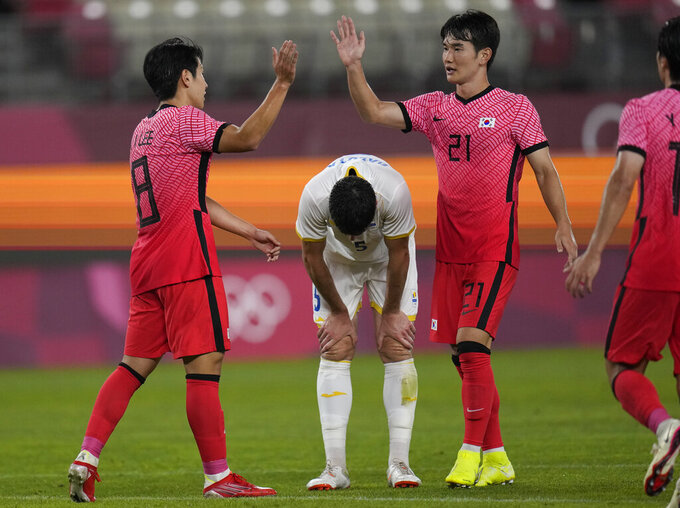 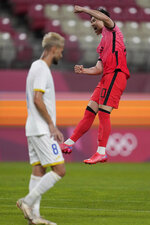 KASHIMA, Japan (AP) — Lee Kang-in scored twice after coming off the bench in the second half Sunday to lead South Korea to a 4-0 victory over 10-man Romania in men's Olympic soccer.

It leaves all four teams with three points in Group B heading into the final round of games on Wednesday, when the quarterfinal places will be decided.

Romania captain Marius Marin deflected the ball into his own net in the 27th minute and then Ion Gheorghe was sent off in first-half stoppage time after receiving a second yellow card.

Um Won-sang doubled the lead with a deflected strike in the 59th before Lee scored from the penalty spot in the 84th and from a low shot in the 90th.

Honduras beat New Zealand 3-2 in the other Group B game.