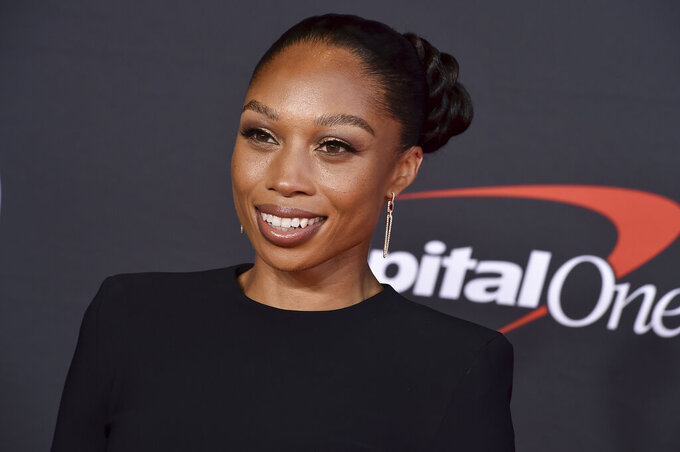 Felix is the most decorated female track and field athlete in Olympic history with seven gold medals and joins the commission after winning her 14th career world championship title.

Felix came out of retirement last week to run the prelims of the 4x400-meter relay. The American team went on to win the final Sunday at the world championships in Eugene, Oregon.

Also appointed was cyclist Masomah Ali Zada, who was born in Afghanistan and competed in the women's cycling time trial on the IOC's refugee Olympic team last year in Tokyo. Ali Zada is now studying in France and will be the first refugee athlete on the commission.

The other two new members are two-time Olympic triathlon champion Alistair Brownlee of Britain and Canadian athlete Oluseyi Smith, who has competed at both the Summer Olympics in track and the Winter Olympics in bobsled.

The new members were all appointed to the IOC athletes' commission, which has a mix of members elected by other athletes and those appointed directly by IOC President Thomas Bach. Only the elected members typically also serve on the full IOC, which decides Olympic host cities and will elect a new president to replace Bach in 2025.

“Athletes are at the very heart of the Olympic Movement, and it is therefore essential that their voices are heard within the IOC,” Bach said in a statement. “Those voices must be as diverse as possible. The appointment of these four new members of the athletes’ commission complements the outstanding skills and experience of the commission and ensures we have great representation across different sports and regions of the world.”