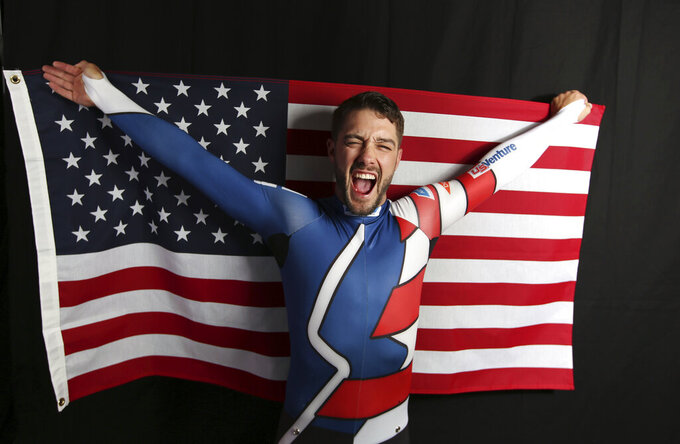 Jayson Terdiman is done with sliding. He’s not done with luge.

The two-time Olympian has been hired as a junior national team coach, USA Luge announced Thursday, while also making his retirement from competitive racing official. Terdiman said last December that he was retiring and didn’t change his mind.

“Ever since I was introduced to the sport of luge, it has been my passion,” Terdiman wrote on social media, announcing his retirement to friends and family. “To be lucky enough to follow that passion for the last 22-23 years, has been incredible. There have been some soaring highs and crushing lows, but I wouldn’t trade a single second of this journey. But the time to step away from competition has come.”

He isn’t stepping away entirely. Joining the junior national team’s coaching staff will keep him involved; he actually had some on-ice training sessions with sliders at the team’s indoor facility in Lake Placid, New York on Thursday afternoon, barely an hour or so after making the retirement plan official.

Terdiman and USA Luge finalized the plans for him to coach junior sliders earlier this week.

“We thank Jayson for his more than 20-year successful career with us, as well as his dedication to ensuring his teammates can be the best they can be,” USA Luge CEO Jim Leahy said. “While we will miss Jayson as an athlete, we are grateful he is staying on with USA Luge to help our future Olympians reach the podium as our junior national team coach.”

Terdiman, of East Stroudsburg, Pennsylvania, represented the U.S. at the Olympics in doubles luge twice; he went to the 2014 Sochi Olympics with Christian Niccum, then competed in the 2018 Pyeongchang Games with Matt Mortensen. He and Chris Mazdzer tried to make the Olympics this past winter, falling short in an injury-plagued year.

They crashed in a World Cup qualifying race in Sigulda, Latvia in January, and that gave the lone U.S. doubles spot for the Beijing Games to Olympic rookies Zack DiGregorio and Sean Hollander. Terdiman then gave DiGregorio and Hollander his sled to take to the Olympics, plus worked with them at a private training camp to give them as much instruction as he could manage.

“The sport has helped shape me into the man I am today, and for that I am forever grateful,” Terdiman wrote. “I’ve learned how to be humble in victory and (more importantly) graceful in defeat.”