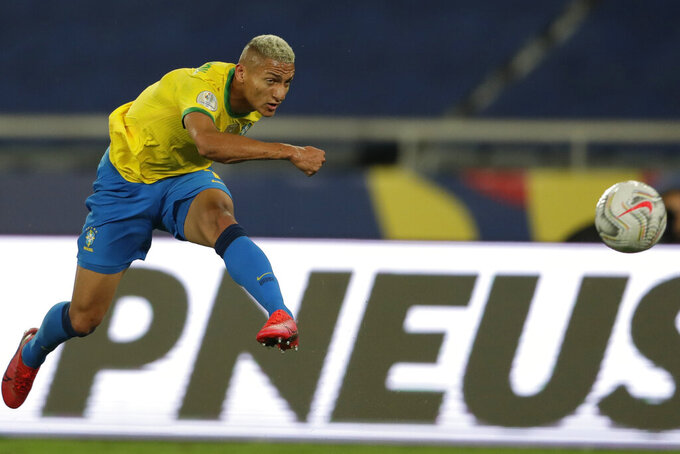 Richarlison said after Brazil's 1-0 win against Chile in the Copa America quarterfinals that his club Everton had allowed him to play in Japan.

“I picked up a fight there, I spent all day arguing with executives, I called the coach,” Richarlison jokingly said. “It is very important for me to get this experience as the World Cup gets closer, I want to get more mature. When I heard Everton allowed me to go it was a great joy.”

Brazil's soccer confederation said Friday it had made three changes in the original squad announced June 17 by coach André Jardine.

The clubs where Gerson, Malcom and Pedro play did not accept releasing them for the Olympics because the tournament is not listed on FIFA’s international match calendar. That was also the case of Paris Saint-Germain with superstar Neymar, who also wanted to play in Japan.

Neymar led Brazil to Olympic gold at the Maracana Stadium in the 2016 Games in Rio de Janeiro.

Men’s soccer kicks off ahead of the July 23 opening ceremony in Tokyo. Brazil’s first game in the Olympics is on July 22 against Germany in Yokohama.