DeChambeau lets clubs do most of talking at TPC Southwind 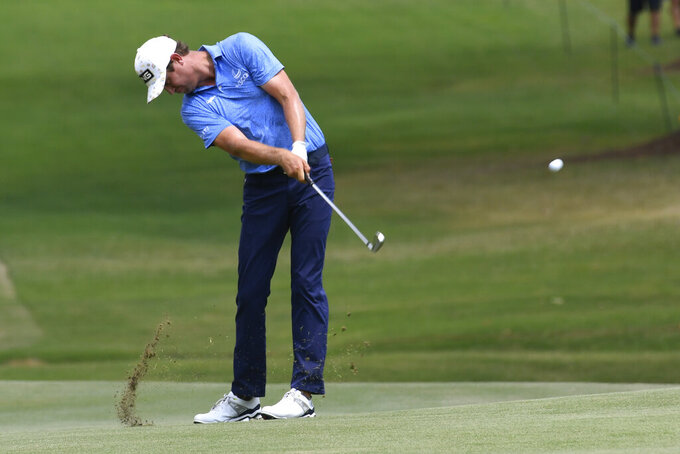 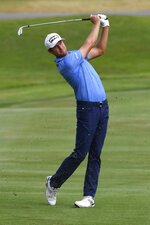 MEMPHIS, Tenn. (AP) — Bryson DeChambeau let his clubs do most of the talking Saturday at TPC Southwind.

DeChambeau shot a 7-under 63 to pull within two strokes of leader Harris English in the FedEx St. Jude Invitational, then declined to comment to most of the media following the round.

DeChambeau was apparently upset with several stories written about his refusal to take the COVID-19 vaccine after he missed the Tokyo Olympics last week because of a positive test. He did agree to interviews with rights-holders CBS Sports, Sky Sports and SiriusXM PGA Tour Radio.

“It was beautiful to be able to score really well,” DeChambeau said. “I didn’t feel like my ball-striking was perfect, but I got it around really well and I was very pleased with it.”

English has led after each of the first three rounds in the World Golf Championships event, opening with a 62 and shooting two 65s to get to 18-under 192. He’s in position for his fifth PGA Tour victory and third of the season. He tied Tiger Woods for the lowest 54-hole mark in tournament history.

“I love playing with pressure,” English said. “I think it helps me focus. It’s a privilege to be in this spot. You have to take (challenges) on.”

The 2013 champion at TPC Southwind, English won the Sentry Tournament of Champions in January in Hawaii and the Travelers Championship in June in Connecticut. He finished third at the U.S. Open.

Cameron Smith had a 65 to join DeChambeau at 16 under.

The long-hitting DeChambeau birdied four of the first five holes on the back nine. The third came at the par-4 13th after nearly holing out his approach. DeChambeau’s tap-in birdie took him to 14 under, one shot behind the leaders. He tied English and Ancer for the lead on the following hole, making a 10-footer to reach 15 under.

DeChambeau got to 16 under — to remain tied with English — with a short birdie putt on No. 16 after narrowly missing an eagle attempt from 11 feet. Ancer rejoined them with a 4-foot birdie, also at the 16th.

English created separation atop the leaderboard by birdieing two of the last three holes.

DeChambeau’s five birdie putts on the back nine all were inside 10 feet, two of them tap-ins.

“It was awesome being able to strike it that close to the hole all day,” DeChambeau said. “I didn’t feel as comfortable as I would have liked with the swing, but the results were there. If I can do that again (Sunday), I give myself a great chance to win.”

DeChambeau said he lost “eight to 10” pounds after contracting COVID-19 last month. He said his game hasn’t suffered significantly as a result.

“Not much, just a little lower ball speed, but I’ll get that back real quickly,” he said. “Honestly, it’s kind of helped me this week hit (drives) in the fairway. I don’t know why.”

Second-ranked Dustin Johnson had a 65 to get to 11 under.

Masters champion Hideki Matsuyama shot a 64 to reach at 9 under He eagled Nos. 3 and 16, the two par 5s at TPC Southwind. Jordan Spieth was 7 under after a 63.