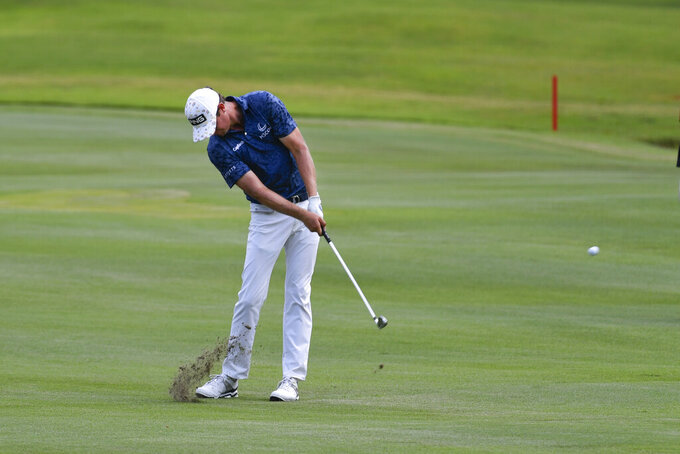 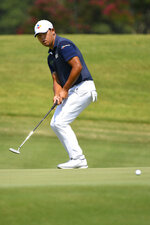 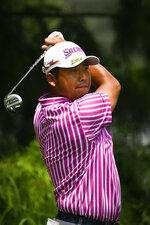 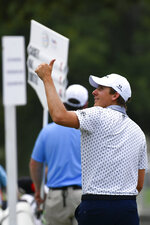 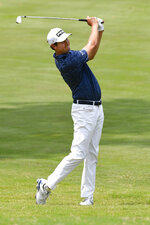 MEMPHIS, Tenn. (AP) — Harris English shot an 8-under 62 on Thursday to match his lowest PGA Tour score and take the first-round lead in the FedEx St. Jude Invitational.

The 2013 winner at TPC Southwind, English had a two-stroke lead over Jim Herman, Carlos Ortiz, Ian Poulter and Matthew Wolff, with Bryson DeChambeau, Scottie Scheffler and Marc Leishman another shot back at 65.

“I just love this place,” English said. “From the time I first came here in 2013, it’s been one of my favorite places to play.”

DeChambeau returned to competition after missing the Tokyo Olympics because of a positive test for COVID-19.

The 32-year-old English birdied the first four holes — making a 27-foot putt on the par-4 second — and added birdies on Nos. 6, 7 and 9 to match the course front-nine mark of 7-under 28. The 28 also is English’s career-low for nine holes.

“This is just one of those courses that suits (my) eye," English said. "I feel like it plays the game that I like to play. More strategy, get the ball in the fairway. I love small greens and these greens don’t have a whole lot of humps and bumps in them. They’re very flat and I feel like I can make a lot of putts out here.”

Ahead by two strokes after nine holes, he encountered difficulty to the start the back nine. He bogeyed Nos. 10 and 12 to fall out of the lead. But he recovered on the final few holes. He closed with birdies at 15, 16 and 18. He hit his approach at 18 inside 5 feet and sank the putt.

“I’m just happy with the way I fought back,” English said.

The strong start was a continuation of what has been a solid season for English. Of his four PGA Tour victories, two have come this season: the Sentry Tournament of Champions in January in Hawaii and the Travelers Championship in June in Connecticut. He finished third at the U.S. Open.

English has won two of the four times he has led or shared the lead after an opening round.

Ortiz, who played bogey-free, moved up the leaderboard with birdies at Nos. 15 and 16. Wolff also birdied 15 and 16 and said “everything is starting to fall in place” for him.

Herman, seeking the fourth PGA Tour victory of his career, is in contention after a difficult mid-season stretch in which he missed eight of 10 cuts. After birdies on 16 and 17, he briefly tied English for the lead at 6 under. Herman’s birdie putt on 17 was from 31 feet.

“I can’t pinpoint any one thing,” Herman said. “I was just driving the ball well and hitting some putts.”

DeChambeau was encouraged by his start. He expressed to the media Wednesday he didn’t expect to be much of a factor this week. That sentiment changed Thursday.

“I’m looking forward to the rest of the weekend,” he said. “I feel like I can be there to win on Sunday.”