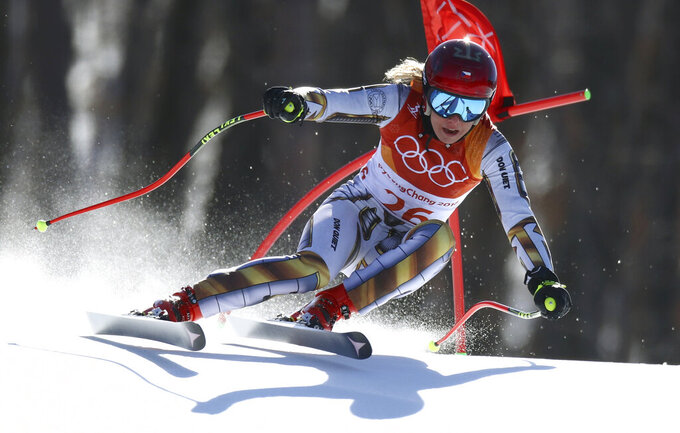 Ledecka made history at the 2018 Pyeongchang Games by becoming the first person to win gold medals in both skiing and snowboarding, claiming the snowboard parallel giant slalom and the super-G in skiing. She will defend both of those titles next month and also compete in the downhill.

Ledecka was among 113 athletes named by the Czech Olympic Committee on Friday, a record number for the Winter Games.

Former Boston Bruins center David Krejci will lead the hockey team in Beijing, where the NHL won’t participate. The 35-year-old Krejci left Boston in July after 14 NHL seasons to continue his career at home in the Czech Republic.

The 24-man hockey squad also includes NHL veterans Michael Frolik, Vladimir Sobotka and Roman Cervenka. Twelve of the players are based in the KHL, while the rest play in the Czech, Finnish, Swiss and Swedish leagues.

The Czech women's hockey team will compete at the Olympics for the first time.

Martina Sablikova, a three-time Olympic champion in speedskating, and Marketa Davidova, the 2021 biathlon world champion in the 15k individual race, are among Czech medal prospects.