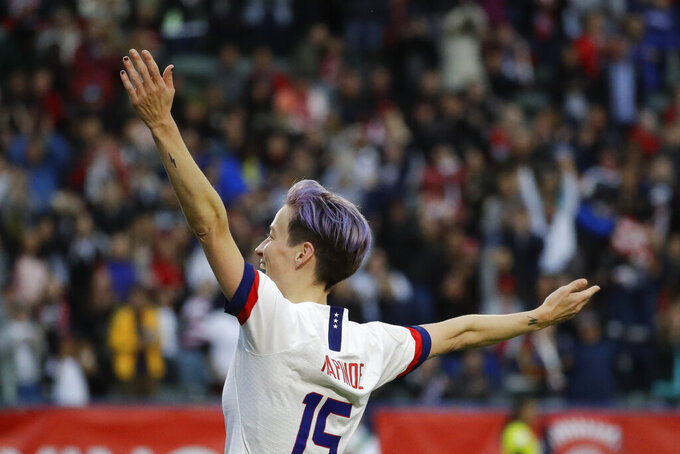 Visa has told its global roster of Olympic and Paralympic hopefuls their sponsorships will be extended into 2021 after the Tokyo Games were postponed, providing some financial certainty amid the disruption caused by the coronavirus pandemic.

The athletes were contacted on Friday to be given the option of extending their sponsorship terms with Visa. It is the first clear commitment by a major sponsor to extend such sponsorship support after the unprecedented delay to the Olympics by a year was announced last week by the IOC.

“We elected to stand behind our roster of Team Visa athletes and make sure they knew affirmatively we were planning to do so and that we were going to offer to extend our relationship with them into 2021,” Chris Curtin, Visa’s chief brand and innovation marketing officer, told The Associated Press.

"They're all dealing with how do they maintain their training schedules, discipline and focus at the same time they're dealing with what's happening with their families and their loved ones. One thing that we wanted to do as Visa was to take one potential point of ambiguity and maybe concern off their plates, because there should be none.”

While a spring date for the rescheduled Olympics had been suggested, the signs are now pointing to the IOC using the same slot in 2021 as planned this year when the Summer Games should have started on July 24 in Tokyo.

“I'm crossing fingers for all sorts of reasons, well beyond just the games coming back, that it reflects a reinvigorated marketplace and a reinvigorated sense of humanity and a renewed kind of enthusiasm about life," Curtin said. “We have always been very bullish that this is going to be a special and and really important Olympics. But because of COVID-19 I think that's now ramped up 10 times.”

Visa had already filmed some promotional campaigns with athletes for the Tokyo Games that will require some reworking. More immediately, they have spent this weekend filming their own messages promoting hand washing and social distancing that will be published over the next week.

“These are unprecedented times for all of us," said Adam Peaty, the British swimmer who won 100-meter breaststroke gold four years ago in Rio, “but having Visa’s support makes these times of adversity quite a bit easier."

The new coronavirus has caused a global pandemic that has infected more than 680,000 worldwide and killed in excess of 32,000, according to a tally by Johns Hopkins University.