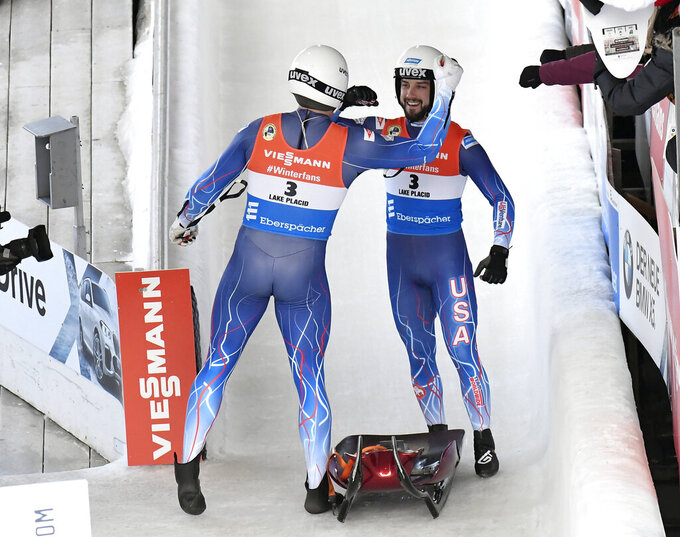 USA Luge slider Jayson Terdiman turned 33 this week, and he spent some of his birthday getting an injection of platelet-rich plasma to relieve tendinitis in his right elbow.

It only reaffirmed his decision that it’s time to move on.

Terdiman — who is bidding to make his third Olympic team with a third different doubles partner — said Wednesday this will be his final season as a competitor. He and teammate Chris Mazdzer are in the process of trying to qualify for this winter’s Beijing Games, which he plans on being his final competitive race.

“Coming back from injury and coming back from surgery, the older I get, the harder it’s going to be,” said Terdiman, who had to recover from a significant shoulder procedure just to get ready for this season. “And I think it’s time for me to move into the next phase of my life, which I do plan on coaching and helping to continue the growth of the program in any aspect that I can.”

Terdiman went to the 2014 Sochi Olympics with Christian Niccum, then competed in the 2018 Pyeongchang Games with Matt Mortensen. If he and Mazdzer qualify, Terdiman would be the first USA Luge athlete to make the Olympics three times with three different doubles partners. Other doubles sliders have represented USA Luge in at least three Olympics, but never with so many different teammates.

He considered retiring after the 2018 Games, then pushed aside the idea after realizing he was essentially the last slider left in the program with significant doubles experience. He teamed up with Mazdzer — who also competes in singles — the following season and they’ve been together since.

“I love the sport. It’s a lot of fun. I still have fun every day,” Terdiman said. “But I’m at the point now where my body isn’t holding up the way I’d like.”

The timing is also better now to step aside. USA Luge has some promising young doubles teams with World Cup-level experience. Zack DiGregorio and Sean Hollander are in their first season together, and Dana Kellogg and Duncan Segger are another team that has already had some success.

Terdiman has been talking with USA Luge officials over the last couple years about what his potential role could be within the program starting next season. He'll have plenty of options, with coaching and sled-building — one of his passions — probably the two most logical ones.

Nothing has been finalized, though the national team has made clear there will be something for Terdiman to do, with the details probably not getting worked out until after the Beijing Games, so he and Mazdzer can focus on their final slides together.

“We're really enjoying the fact that we started as doubles together as kids, and for me, it's come full circle,” Terdiman said.