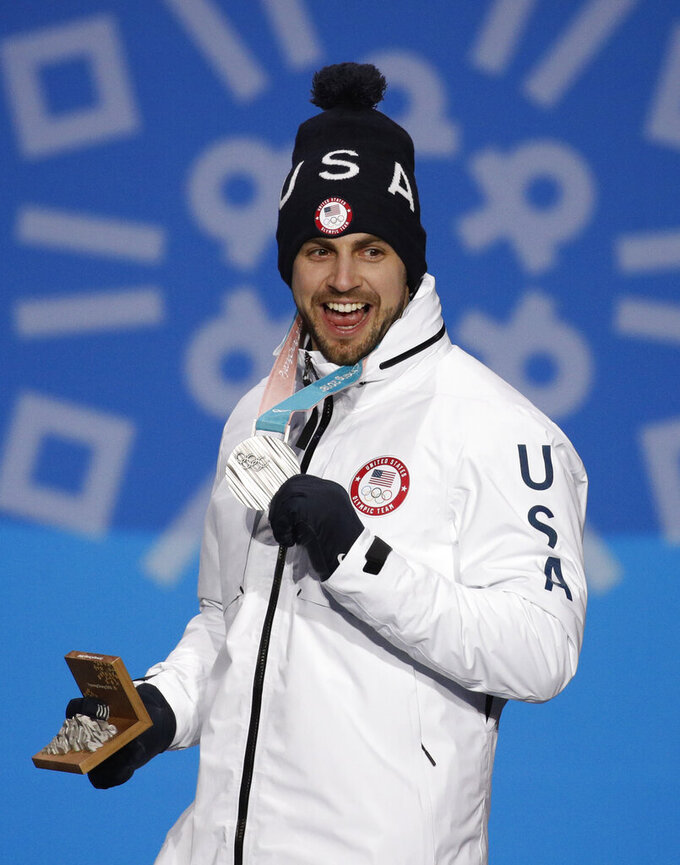 FILE - Men's luge competition silver medalist Chris Mazdzer, of the United States, smiles during the medals ceremony at the 2018 Winter Olympics in Pyeongchang, South Korea, Monday, Feb. 12, 2018. The men's luge, where Mazdzer is one of three Americans in the field, alongside Gustafson and Tucker West — starts Saturday, Feb. 5, 2022, with the first sliding medals of this year's Olympics to be awarded Sunday. (AP Photo/Jae C. Hong, File) 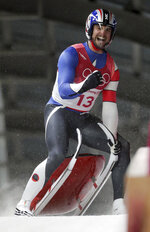 BEIJING (AP) — Chris Mazdzer tends to be the guy with just about all the answers for USA Luge.

He always finds the quickest path to get where food is being served. He knows how to handle logistical issues. He can even advise on where to get a haircut.

“I would classify him as the cool uncle,” USA Luge Olympic rookie Jonny Gustafson said.

That truly is a fitting description. But at the Beijing Games, Mazdzer might be playing that role for the final time.

At 33 and now a member of four U.S. Olympic luge teams, it’s clear that his career is much closer to the end than the beginning. And while he hasn’t announced a retirement plan, it’s relatively obvious that the team’s leadership torch is going to be passed soon.

But first, Beijing. Men’s luge — where Mazdzer is one of three Americans in the field, alongside Gustafson and Tucker West — starts Saturday, with the first sliding medals of this year's Olympics to be awarded Sunday.

He took a big swing four years ago. It paid off.

Mazdzer wasn’t a medal favorite at the 2018 Pyeongchang Olympics after a very difficult season; he wound up winning a silver, matching the best finish in USA Luge’s Olympic history. He’s not a medal favorite this time either, once again coming into the Winter Games following a tough season. But he also believes that he’s still good enough to put down four clean runs and see what happens.

“Past success, just like the stock market, doesn’t predict future gains,” Mazdzer said. “So, you really have to take every track, every year, every race, one at a time. It’s great having the experience of success, especially at the Olympic Games. I know my mindset, I know how to treat this mentally, and that’s really important. And I know that’s going to help me here in Beijing.”

He has relied on the mental side all season.

First, Mazdzer and his wife, Mara, welcomed their first son, Nicolai, into the world last April. The sliding schedule, with every World Cup in Europe or Asia this season, has meant that Mazdzer has spent the better part of the last five months — sans for a few days around Christmas — able to see his son only on FaceTime.

Dealing with that was difficult enough. Then came a wayward piece of ice that he hit with his foot at the 2014 Olympic track in Krasnaya Polyana, Russia, causing a fracture that still hasn’t fully healed. And another blow came last month when he and doubles teammate Jayson Terdiman crashed out of what essentially was an Olympic-berth deciding race for the Americans, as first-time qualifiers Zack DiGregorio and Sean Hollander got the spot Mazdzer and Terdiman were seeking.

“I’m really not a ‘the world is against me’ type the person, but it’s been pretty tough the last couple months,” Mazdzer said. “Pretty much nothing went my way. But that doesn’t mean it’s always going to be like that, right? I am always optimistic. I feel like I can overcome anything if I set my mind to it. And that’s kind of how I always have viewed this sport and life.”

He’s already beginning to transition to the next chapter. He and some friends are involved in a start-up business revolving around an idea they have for adjustable dumbbells. He has plans to get home as soon as possible to reunite with Mara and Nicolai. And, especially now at the Games, Mazdzer is sharing whatever wisdom he can with teammates.

Luge’s cool uncle isn’t going to be around forever. He’s going to savor whatever time he has left.

“I just want to be helpful and share my experience but also have a really good time,” Mazdzer said. “There’s a time to be serious and there’s a time where you can relax and I think I do both pretty well. I’m not ever trying to hide things from people. I want to share what I know and just have a good time with my team. That’s really all I try to do. That’s it. I’m not trying to be anything other than that.”