Olympic champ Chen out of figure skating worlds with injury 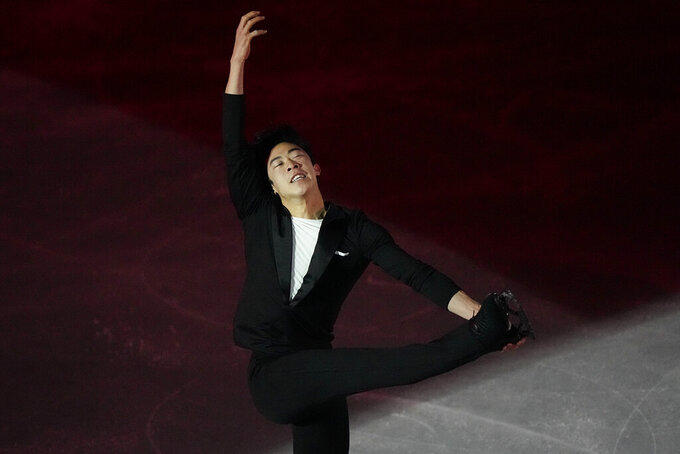 COLORADO SPRINGS, Colo. (AP) — Olympic figure skating champion Nathan Chen withdrew from the world championships on Wednesday because of what he called a “nagging injury” that he's been dealing with after winning at the Beijing Games.

The three-time reigning champion will be replaced on the U.S. team by Camden Pulkinen next week in Montpellier, France.

“I am disappointed to have to withdraw from worlds,” Chen said in a statement. “I have been training for this competition since returning from Beijing. I have a nagging injury that I’ve been dealing with and I don’t want to risk further injury by practicing and competing next week.”

The 22-year-old Chen was one of the stars of the Winter Games with his thrilling “Rocketman” free skate clinching the gold medal that eluded him four years earlier in Pyeongchang, South Korea. Chen also helped the Americans win a team silver medal, which could become gold pending the outcome of a doping investigation involving the Russian team.

Chen has not lost at the world championships since 2017, when he finished in sixth place. His run of dominance began the next year with his three straight titles interrupted only by the cancellation of the 2020 championships due to the COVID-19 pandemic.

He could have become the first skater to win four straight titles since American star Scott Hamilton from 1981-84.