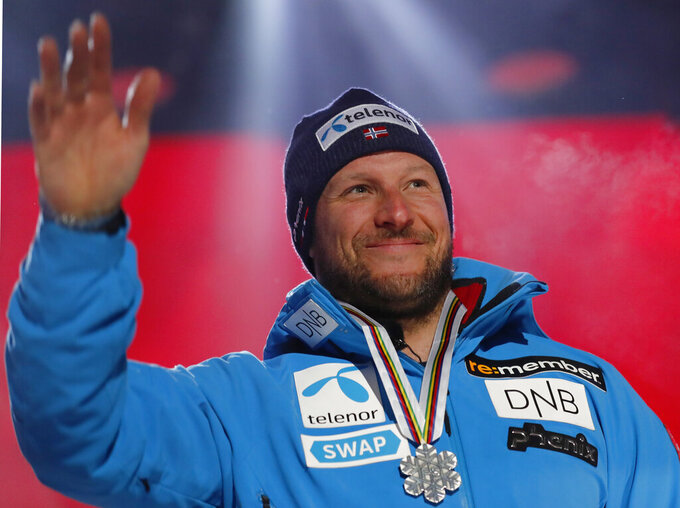 “I felt a change in my body. I wasn’t sure what it was, or if it was anything at all. But I decided to have it checked out. I went to see a doctor, and was quickly (transferred) to the hospital where they confirmed what the doctor suspected. Testicle cancer,” Svindal wrote on Instagram, accompanied by a picture of himself in a hospital gown.

“Tests, scans and surgery all happened very quickly. And already after the first week I knew the prognoses looked very good. All thanks to that first decision to go see a doctor as soon as I suspected something was off.”

The 39-year-old Svindal retired from skiing after claiming a silver medal in his final race — the downhill at the world championships in Åre, Sweden, in February 2019.

Svindal won the super-G at the 2010 Vancouver Games and the downhill at the 2018 Pyeongchang Games and ended his career with four Olympic medals in all.

At the worlds, he claimed five golds and nine medals overall.

Svindal also won the overall World Cup title in the 2006-07 and 2008-09 seasons. His 36 World Cup race wins tie him with Austria’s Benjamin Raich for seventh place on the all-time men’s list.

In November 2007, Svindal broke bones in his face and sliced open his groin and abdominal area following a nasty crash during a downhill training run in Beaver Creek, Colorado. But he quickly returned to being one of the circuit's top competitors.