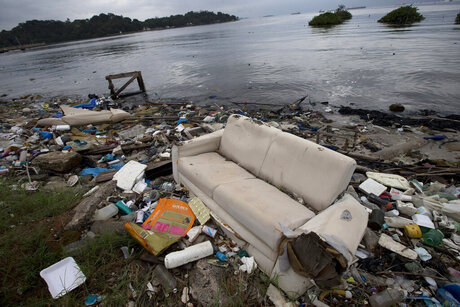 RIO DE JANEIROCopyright 2020 The Associated Press. All rights reserved. This material may not be published, broadcast, rewritten or redistributed.
-22.9028-43.2075

"We always hoped that having a big event like the games would help," Torben Grael told Canada's CBC television. "We ourselves put a lot of pressure to make it happen, but unfortunately it didn't happen when they had money. And now they don't have money, and so it's even worse."

Grael has won five Olympic medals in sailing: two gold, a silver and two bronze. He has sailed for years in Guanabara Bay and hoped the Olympics would prompt a wholesale clean up.

"I don't think we're going to see that change now," Grael said, according to a transcript of the interview given to The Associated Press this week. "It's part of the way politics administration goes here. Everything grows very quick and very disorganized."

Brazil is in the middle of its worst recession in decades, and the state of Rio de Janeiro has been described as "broke" by acting governor Francisco Dornelles.

The state is responsible for maintaining the bay, which has been described as an open sewer by many local and foreign sailors.

Rio treats only about half of its sewage, dumping the rest untreated into the water around the city.

A year-long analysis of water quality by the AP has found dangerously high levels of viruses and bacteria in Olympic and Paralympic venues for sailing, rowing, canoeing, triathlon and long-distance swimming.

The International Olympic Committee, backed by the World Health Organization, has repeatedly said athletes are not at risk.

"I don't think you're going to get sick," Grael said. "It just looks terrible."

Many athletes are expected to arrive in Rio in advance to build up immunity. Others will come in just days before, hoping to minimize the impact. Many will take antibiotics, bring bleach to cleanse equipment, and try to minimize contact with the water.