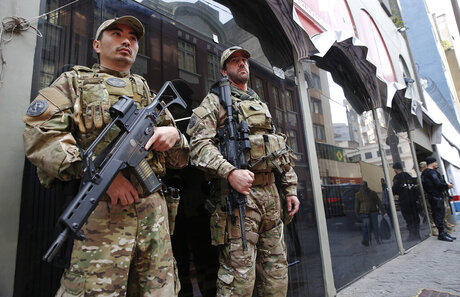 RIO DE JANEIRO (AP) — The head of Brazil's intelligence agency in Rio de Janeiro says many countries are voicing concern about security during the Summer Olympics after recent major attacks in the United States and Europe.

As the Islamic State increases its global reach, Brazilian Intelligence Agency's regional chief Frank Oliveira told The Associated Press that information sharing between Latin America's most populous country and dozens of other nations has increased significantly in the last several months.

Oliveira said that authorities have implemented new programs ahead of the games, such as training airport employees, hotel workers and taxi drivers on how to spot and report suspicious behavior in a nation not used to being a terrorist target.

Oliveira said Brazil tested its security systems while hosting several mega-events in the past decade, such as the 2007 Pan American Games, the 2013 Confederations Cup and the 2014 World Cup.

"But this is the climax of the big events," said Oliveira, speaking at the Summer Games Intelligence Center in Rio de Janeiro on Wednesday afternoon.

The agency has acknowledged that the number of Brazilians who have been influenced by extremist ideology is on the rise. It specifically spotted a Twitter account last year of a French man who warned that Brazil was the Islamic State's next target.

Last month, a group created on the messaging app, Telegram, began to spread jihadi propaganda in Portuguese. Telegram's press representatives said that it did not know the group, and that often the members' identities can only be seen by the group creators.

Oliveira declined to comment on those cases or any specific threats, saying that doing so could compromise the "methods, procedures, operations and sources" of the agency.

In another case that underscores Brazil's increasing vigilance, federal police are closely watching a man who reportedly received military training in a city under the control of the Islamic State. Ibrahim Chaiboun Darwiche, of the city of Chapeco in southern Brazil, is wearing an ankle bracelet through the Summer Games and while police build a case against him.

He has been charged with breaking national security law and incitement of crime. Police found a video in which he defended the attacks against the French satirical magazine Charlie Hebdo and a handwritten note with activities he practiced such as sniper shooting.

Brazil is facing problems on many fronts. Job cuts have become commonplace as Latin America's largest economy is mired in its worst recession since the 1930s, an impeachment process against suspended President Dilma Rousseff has exacerbated polarization and the Zika virus, which causes birth defects, has ravaged many families in hardscrabble northeastern states.

Oliveira said that they had received no indication that discontent during the Summer Games was going to spark massive protests like in 2013. At the time, a wave of anti-government demonstrations took many cities by surprise during the Confederations Cup.

All of those problems have added to worries about safety in Rio, which has long suffered chronic violence. Last week, members of the Australian Paralympic team were mugged at gunpoint while one of the hospitals recommended for tourists during the Olympics was attacked by armed men who freed a suspected drug trafficker who was recovering there.

"The Olympics are a challenge, but we have to keep our people safe," said the intelligence official.