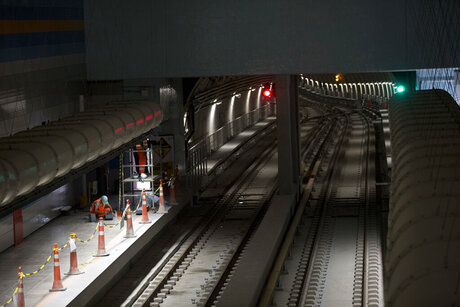 RIO DE JANEIRO (AP) — A $3 billion subway expansion built as one of the main Olympic legacy projects for Rio de Janeiro was overbilled by 25 percent, a report said Thursday.

The financially battered government also ended up paying twice as much of what was agreed to in a partnership with private companies, according to a state auditor's document cited in O Globo newspaper.

The discrepancies further cast a shadow over the first Olympics in South America. Protesters have taken to the streets to express anger over hosting the event in a country where public workers aren't getting paid on time. They are upset Brazil spent 39.1 billion reals ($12 billion), including public and private money, on building venues and infrastructure for the Olympics while the country weathers its worst recession since 1930.

Rio de Janeiro's auditors say the subway contracts show inconsistencies such as invoices with overpriced materials and violations of contracts with bills for services that weren't part of the deal. Also, some bills charged for more work than the one that was performed.

The state government watchdog found the state had initially agreed with the consortium to assume 45 percent of the cost of the project. Now, auditors found the government paid 87 percent. Rio state's court of auditors confirmed the findings but said the report was not public yet because court members needed to approve the document and its conclusions.

The government said in a statement to The Associated Press that it hasn't been able to examine the document and pointed out the government budget watchdog had approved the project's books since 2014. It also said the subway expansion cost well below the average, comparing it to New York, Boston and Toronto's systems.

The consortium said it could not comment until it saw the report.

Federal police have been investigating whether the main builder in the subway consortium, Odebrecht, paid bribes to officials connected to the expansion. It is part of a countrywide probe at state oil company Petrobras that has revealed how public officials colluded with the wealthiest construction companies using taxpayers' money to increase the cost of projects in exchange for bribes.

The subway line, originally scheduled to open in January, celebrated its completion with Brazil's highest officials on Saturday, less than a week before the Olympics open.