Home » Brazil » Stepanova: If something happens to us, it's not an accident 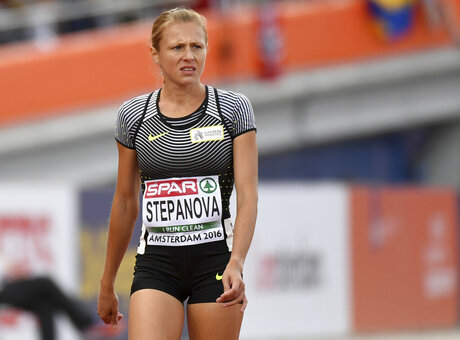 By: EDDIE PELLS (AP)
RIO DE JANEIROCopyright 2020 The Associated Press. All rights reserved. This material may not be published, broadcast, rewritten or redistributed.
-22.9028-43.2075

RIO DE JANEIRO (AP) — The runner who blew the whistle on the doping scandal in Russia fears for her safety and has switched residences after hackers breached a database that records her whereabouts.

Yulia Stepanova and her husband, Vitaly, were the informers who detailed a state-run doping system in Russia that led to the ouster of the country's athletes from the Olympic track meet.

Recently, their email was hacked and the password stolen for Stepanova's account on a database controlled by the World Anti-Doping Agency. Like hundreds of athletes, Stepanova accesses the WADA system to enter her whereabouts, so doping-control officers can find her if she's selected for out-of-competition testing. The database contains personal contact information, such as phone numbers and addresses.

"If something happens to us, you should know it's not an accident," she said Monday in a videoconference with reporters. "We are trying to take every measure possible to keep ourselves safe, which is why we moved. At the same time, we realized if somebody really wanted to do something to us, they would probably succeed."

Stepanova was part of the Russian doping system for years, but after being cast aside by the country's track team, she and her husband, a former worker for the Russian anti-doping agency, approached WADA with their information.

They moved to the United States, fearing a stay in Russia could lead to harm.

It took years for WADA to respond to their account. After an independent investigation, both that agency and track's governing body, the IAAF, recommended Russia's ouster from the Olympic track meet, but also said Stepanova's own doping ban should be set aside so she could be eligible to compete in Rio de Janeiro this month. But the International Olympic Committee said no, ruling that because of her role in doping, she could not be accepted.

Probably for the better, Stepanova said, considering the steady stream of stories about violence that have marred these games.

"While I hear the news about what is happening there, at some level, I'm even glad I didn't go there," Stepanova said. "Because if someone wanted to hurt us, I think it would be very easy to do it there. So, perhaps it's all for the best."

The Stepanovs said they don't regret taking the whistleblower role. They didn't spare criticism of the IOC and its president, Thomas Bach. Vitaly Stepanov labeled the committee's offer to bring them to the Olympics to watch the games as VIP guests "a bribe."

"They never tried to understand our situation," Stepanova said. "They simply say whatever is going to serve them. Yes, I admitted I was part of that system. However, I decided I no longer wanted to be part of that system and I told the truth."

Stepanova, 30, said the Olympic snub does not mark the end of her career. She will continue training with hopes of competing in races this winter.

In the meantime, she served up a chilling reminder about the stakes involved in being a whistleblower. WADA said only Stepanova's password was stolen, and that it is monitoring the database to make sure the information is secure.

"I started getting anxious, wondering who needs this information," she said. "So we decided it would be safer if we relocate."