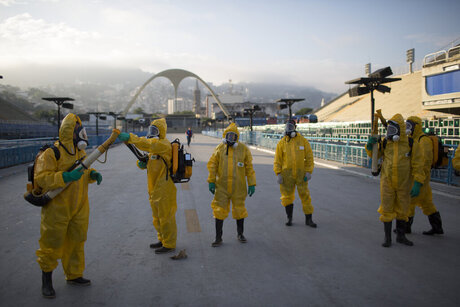 PARISCopyright 2020 The Associated Press. All rights reserved. This material may not be published, broadcast, rewritten or redistributed.
48.85342.3488

And as for concerns about the Zika virus, Kuerten called it "a serious thing" that his countrymen have been dealing with. He said he expects authorities to "try to do as best as possible to minimize the risk" during the Olympics this August.

Kuerten spoke to reporters Thursday at Roland Garros, where he was introduced as a global ambassador for the International Tennis Hall of Fame.

He joins Martina Hingis in that role as a representative and spokesperson for the Hall, which is based in Newport, Rhode Island.

Hall CEO Todd Martin jokingly referred to Kuerten as "an old friend and nemesis of mine" — Martin actually went 2-1 against Kuerten when they were both on tour.

"There is no former player that has maintained a passion for the sport better than 'Guga,'" Martin said. "The smile that he played with here at Roland Garros, and around the world, is infectious."

He called the clay-court tournament "paradise" and "sacred" and said it was the first professional event he attended, at age 15, sneaking past a gate by pretending to be a player in the field.