Home » Brazil » For the 1st time, US has defending Olympic judo champion 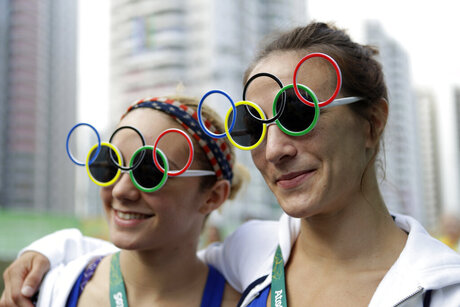 By: MARIA CHENG (AP)
RIO DE JANEIROCopyright 2020 The Associated Press. All rights reserved. This material may not be published, broadcast, rewritten or redistributed.
-22.9028-43.2075

RIO DE JANEIRO (AP) — For the first time, the U.S. will have a defending Olympic judo champion when the Rio de Janeiro Games begin — and she will be backed up by arguably the strongest team ever produced by the Americans in the Japanese martial art, with a serious chance of taking three medals.

Kayla Harrison made history when she became the first American to win a judo gold at the London Games in 2012 and even though she had intended to quit — and become a firefighter instead — the lure of defending her title was too great. She will be joined in Rio by two other leading medal contenders: Marti Malloy, who won a bronze in London and Travis Stevens, who finished fifth.

"Realistically, three medals would be the ultimate," he said, when asked to predict the team's hardware count. "I would absolutely love to see two golds, but we will have to see what happens in Rio. All three of them have proven that they can beat anyone on the right day."

The top-ranked Harrison is expected to meet her biggest rival, second-seeded Mayra Aguiar when the 78-kilogram women's division is fought on August 11, either in the final, or should things not go according to plan, a bronze-medal match. Even though Brazilian native Aguiar will undoubtedly have the home-crowd advantage, Pedro doesn't expect Harrison to be bothered by thousands of fans cheering on her opponent.

"Kayla is very poised and will thrive on the energy of the crowd," he said. "On all the big stages — the World Championships, the Pan-Am Games — Kayla always comes out on top." Still, Aguiar might yet pull off a victory; she caught Harrison off-guard at a competition in Paris earlier this year and won with a match-ending throw.

Malloy will likely be the team's first shot at a medal, when the Washington state native competes in the 57-kilogram category.

"There's nobody in Marti's division that she cannot beat," Pedro said, adding he is confident that her acquired experience since the London games will help her remain focused.

And while Stevens didn't pick up a medal in London, he did recently win gold at the World Master's tournament in May, which includes only the world's top-ranked judoka. The two-time Olympian also picked up a gold at Toronto's Pan-American Games last summer and has a mental toughness that makes him "a force to be reckoned with" on the judo mat, according to Pedro.

Rounding out the U.S. squad are first-time Olympians Angelica Delgado and Colton Brown, and Nicholas Delpopolo, who was disqualified at the London games for marijuana use.

"These guys are getting stronger every day and they can compete at the highest level," Pedro said.

"I would love to see some of these young kids get to the medal rounds," he said. "I have no doubt that this team can take home three medals, and any of our athletes can do that. Anything can happen at the Olympics."

This story has been corrected to show the judo athlete's name is Travis Stevens, not Travis Taylor.