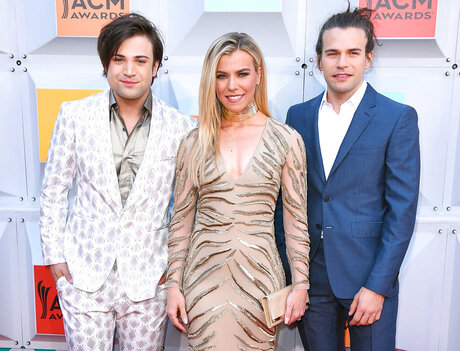 By: KRISTIN M. HALL (AP)
NASHVILLE, Tenn.Copyright 2020 The Associated Press. All rights reserved. This material may not be published, broadcast, rewritten or redistributed.
36.1659-86.7844

NASHVILLE, Tenn. (AP) — Members of the Band Perry say they're taking precautions as they prepare to travel to Brazil for the Summer Olympics, due to the concerns about the Zika virus.

The sibling group's pop-influenced song "Live Forever" was chosen as Team USA's official song, and they're heading to Rio de Janeiro to perform on television and also for the athletes. The opening ceremony will be held Friday.

Neil Perry said he isn't worried, but said his brother Reid and sister Kimberly were nervous about the trip. Brazil has had an outbreak of the mosquito-transmitted Zika, which has been linked to brain-related birth defects, but health officials say the risk is low. Several athletes and journalists have decided not to attend the Olympics because of the health risk.

"I think it's definitely been hyped, so we are going to take some precautions and perform in Saran Wrap," Kimberly Perry joked. "So we should be good. Maybe bee keeper outfits."

The Perry siblings will debut a new song, "Comeback Kid," on the "Today" show while in Rio, their first single from their new joint venture with Universal Music Group and Interscope Records after leaving Big Machine Label Group last year.

The band, which has had crossover success with the multiplatinum hit "If I Die Young," called the move an important transition.

"For us, we've always been an international band and we've always had aspirations for international success," said Reid Perry. "To be able to be with UMG and Interscope, that just opens a whole lot of opportunities for the three of us that we really wanted to do."

The band had been working with producers like RedOne and Diplo on an album that was scheduled to come out last November. Most of that album was ultimately scrapped as they moved to a new record deal. They said they hope to release a new album by the end of this year, with a coinciding tour to start next year.

Kimberly Perry, who has sported blond curly locks since the band's debut in 2010, revealed her new brunette hair color to match her brothers' brown locks. It's been an adjustment for her husband, baseball player J.P. Arencibia.

"Sometimes I don't recognize myself still," Perry said. "My husband says he's still getting used to it. He likes it, but he just likes blond better."