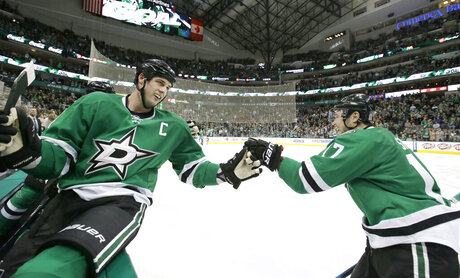 By: JOHN WAWROW (AP)
TORONTOCopyright 2020 The Associated Press. All rights reserved. This material may not be published, broadcast, rewritten or redistributed.
00

TORONTO (AP) — If the NHL needs a compelling reason to compete in the next Winter Olympics, Bill Daly says the league hasn't found one yet.

And the NHL deputy commissioner added Friday that he's not going speculate on what it might take to convince a majority of the NHL's board of governors that the world's best players should take the ice in South Korea in little more than a year.

"From our board's perspective, there has to be a compelling reason for us to go the Olympics," Daly said. "And at this point, as I stand here now, we're searching for that reason."

Daly then called it a "fair question," when asked who or what might sway the league.

"The question is, does anything change?" he said. "At this point, nothing has happened that would change where we were three weeks ago."

Daly was referring to the NHL's Board of Governors meetings in Florida, when Commissioner Gary Bettman said there was significant opposition among team owners to participate in the 2018 Games. Daly spoke in Toronto, where the Maple Leafs are hosting the Detroit Red Wings for the Centennial Classic outdoor game on Sunday.

His comments are the latest in the NHL's bid to apply pressure on the International Ice Hockey Federation to meet league demands involving travel and insurance costs. And they also present the latest signal of a league not entirely convinced of the benefits of breaking up its schedule to have its players competing at a time while most North Americans are sleeping or just getting out of bed. South Korea is 14 hours ahead of North America's Eastern time zone.

The NHL has had its players compete in the previous five Winter Olympics, starting with the 1998 Nagano Games.

A final decision hasn't been made and Daly declined to say when it might come. He said the NHL is still waiting on the IIHF to present its case while also responding to league concerns, which he expects early next month.

Daly also noted the league is still considering the possibility of playing in South Korea by preparing to devise two separate schedules for the 2017-18 season, one of which would feature an Olympic break.

Daly said the reason for developing two schedules was made so that the league doesn't appear to be imposing a hard deadline on the IIHF.

The league failed in an initial bid to continue competing at the 2018 Olympics by asking the NHL Players' Association to consider changing the collective bargaining agreement. The NHL was seeking to eliminate the union's opt-out option in 2019 and extend the labor pact three years through the 2024-2025 season.

Daly said the union turned down the offer by saying it needed more time consult with its players.

"It's not something they could accept at this point, and we certainly understand that," Daly said.