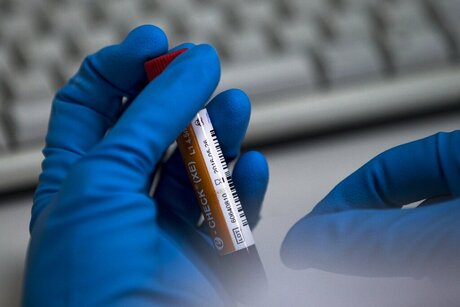 MUNICH (AP) — Russia has lost biathlon and speedskating events it was due to host this winter following allegations it ran a vast state-sponsored doping scheme.

World Anti-Doping Agency investigator Richard McLaren's final report has prompted Western athletes to campaign for boycotts in several winter sports in Russia after 12 medalists from the 2014 Winter Olympics in Sochi were implicated.

The International Biathlon Union said it also provisionally suspended two Russian athletes, who are the subject of doping cases from Sochi now opened by the IOC.

The two were not identified by the IBU.

The IBU also said it is investigating 29 other Russian biathletes, based on McLaren's evidence, who are currently free to continue competing.

"A decision whether or not a charge should be filed to the (IBU doping panel) will be made in cooperation with legal experts and WADA, who offered to assist IBU," the governing body said in a statement after an executive board meeting in Munich.

Russian biathlon officials voluntarily gave up their rights to host a World Cup round at Tyumen in March and the world junior championships in Ostrov, due to start late February. It was "impossible" to hold the events in the circumstances, the Russian Biathlon Union said.

"This is a first important step by the Russian Biathlon Union to show to the IBU and to the world of sport that the current situation is taken very seriously," Besseberg said in a statement. "This will now allow the international biathlon family to focus on biathlon during these events."

Russia is also due to host the world championships in 2021, after the IBU awarded hosting rights to Tyumen in September — weeks after McLaren's initial report into state-backed doping was published.

The IBU did not address the 2021 worlds in Thursday's statement.

The McLaren report showed "severe problems in Russian sport and its anti-doping control system," the IBU acknowledged Thursday, adding it takes "all available information very seriously. It is now on us to find out in detail the scale of the problem in Russian biathlon."

The International Skating Union said it was stripping the Russian city of Chelyabinsk of the final round of this season's World Cup because, following McLaren's report, "the focus of the event would not be on the sport but rather accusations and controversies."

Other concerns included "a substantial amount of critical evidence" of doping in Russia "and the uncertainty relating to the attendance of the athletes," the ISU said.

It's not yet clear where the biathlon and skating events will be held instead.

Russia had previously lost the right to host the world championships in bobsled and skeleton — due in Sochi in February — in the fallout from McLaren's final report, published Dec. 9.

The Canadian law professor alleged more than 1,000 athletes, including Olympic medalists, had benefited from a state-backed plan to cover up drug use.