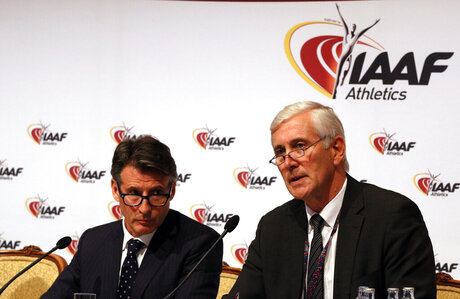 MOSCOW (AP) — Russian authorities have opened a criminal case against the country's former anti-doping laboratory director, who has become a key informant for allegations of doping at the Sochi Olympics.

Russian Investigative Committee spokesman Vladimir Markov told state news agencies Saturday that Grigory Rodchenkov is accused of destroying 1,437 doping test samples at the Moscow laboratory in 2014 after a World Anti-Doping Agency commission asked they be preserved for its investigation.

The criminal case is for the offense of abuse of authority, Markin said.

The destruction of the samples caused "damage to Russia's international interests, significant damage to the state's reputation, discrediting of the state's anti-doping policy," Markin told the Tass news agency.

The WADA commission had previously accused Rodchenkov of covering up doping by Russian athletes and destroying 1,417 samples. The reason for the discrepancy between that number and the figure given by Markin was not immediately clear.

After Rodchenkov's lab was shut down by WADA in November, he moved to the United States and later told the New York Times he had covered up Russian doping in Sochi by switching out tainted samples for clean ones at the on-site laboratory for the 2014 Olympics.

The IAAF on Friday upheld its ban on Russia's track and field federation, saying the country had made some progress in cleaning up but failed to meet the requirements for reinstatement and would be barred from sending its athletes to the Olympics in Rio de Janeiro.